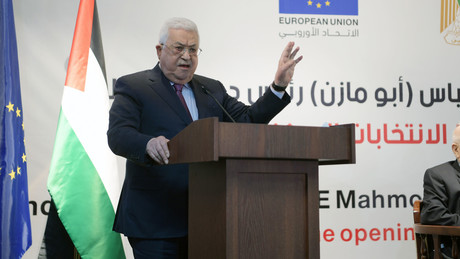 After serious clashes broke out between Palestinians and Israeli security forces in recent weeks, Palestinian President Abbas called on the US government to take action. Dozens of people have died on both sides.

Palestinian Authority President Mahmoud Abbas has called on his US counterpart Joe Biden and his government to intervene to stop Israeli actions in the Palestinian territories, particularly East Jerusalem. This was reported by the Chinese news agency Xinhua.

Abbas broadcast the request Thursday during a meeting at his official residence in the Palestinian city of Ramallah with Acting Assistant Secretary of State for the Middle East Yael Lambert and another senior US diplomat.

According to the WAFA news agency, the Palestinian head of state called on the United States “to intervene immediately and to assume its responsibilities immediately with regard to Israeli measures in the occupied Palestinian territories, particularly at al-Aqsa Mosque and the Church of the Holy Sepulcher in Jerusalem”. Abbas stressed the need for an immediate halt to Israeli attacks. The Israeli government must show full respect for the legal and historical status quo in Jerusalem and on the al-Aqsa Mosque site. The Palestinian head of state gave Israel full responsibility for the current escalation.

The Palestinian President pointed out that given the lack of a political perspective and Israel’s refusal to stop its unilateral actions and stick to the agreements reached, the Palestinian leadership will soon be forced to implement the decisions of the Central Council of the Palestine Liberation Organization.

Abbas stated that creating a political perspective for ending the Israeli occupation in Palestine, including East Jerusalem, is important. He also called on the United States to reopen the US consulate responsible for Palestine in Jerusalem.

Meanwhile, the Palestinian Ministry of Health said 42 Palestinians, including women and children, had been killed in the West Bank by Israeli soldiers since January. According to Israeli authorities, 14 Israelis have died in gun attacks since March 22.

The two US diplomats are in the Middle East tasked with reducing tensions in the region. In recent weeks, violent clashes have broken out again between Palestinians and Israeli security forces.

More on the subject – Israeli flag march in Palestinian territories: “Death to the Arabs!”