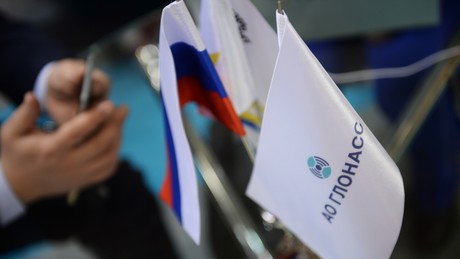 The head of the Russian space agency Roskosmos Dmitry Rogozin warns of sanctions-related GPS disruptions in Russian aircraft and suggests using a domestic navigation system as an alternative.

Dmitry Rogozin, the head of the Russian space agency Roscosmos, has suggested on his Telegram channel that the planes operated in Russia should use the domestic satellite navigation system GLONASS instead of the previously used GPS. According to Rogozin, a corresponding official proposal will be submitted to the Ministry of Transport and the civil aviation authority Rosawiazija on Friday.

Rogozin justified his proposal with the fact that the US could possibly interfere with or even stop the operation of GPS in Russia. So-called spoofing attacks, ie a falsification of position information from the navigation system, are to be feared particularly on flights in the Kaliningrad region, over the Black Sea and in the vicinity of Finland.

According to Rogozin, previous warnings from Roskosmos in this regard have been ignored by Russian airlines. He pointed out that since 2017 Russian motor vehicles have had to be equipped with GLONASS receivers and emphasized that extending this measure to Russian aircraft and airports is “the only solution”.

The head of Roskosmos also pointed out that GLONASS equipment can also receive signals from China’s Beidou satellite navigation system.

Since the start of the Russian military operation in Ukraine on February 24, Russian aviation has faced numerous problems related to airspace closures, bans on the sale and leasing of aircraft and a ban on the import of spare parts as a result of Western sanctions. However, according to the newspaper Vedomosti, the Russian airlines have so far not detected any GPS interference.

More on the subject – Russia wants to support domestic flights with 1.15 billion euros