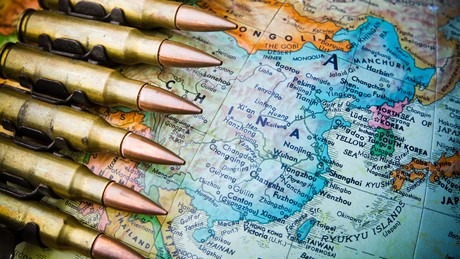 China invades Taiwan: With these headlines, a Taiwanese TV station caused a brief panic among viewers. The glitch was then justified with a “technical error”. Two top managers have resigned.

The false war warnings hit a nerve as Taiwanese fear that China may one day attack its smaller neighbor.

In Taiwan, CTS channel accidentally entered a breaking news about the start of the Chinese invasion. While people were panicking, CTS apologized, explaining that it was a security drill and was broadcast by mistake. pic.twitter.com/3J4lPAccR1

In response to viewer panic, management said the headlines were used in a disaster drill taped Tuesday. The overlays appeared on the news due to a technical error. Not only false reports were spread about a Chinese attack, but also about a volcanic eruption and a strong hailstorm. “CTS sincerely apologizes that this serious mistake has caused panic and anger among the public,” it said in a statement.

As it became known on Friday, two of the channel’s top managers resigned. They are CTS CEO Chen Ya-ling and Tchen Yu-chiou, CEO of the TBS Group, to which CTS belongs.