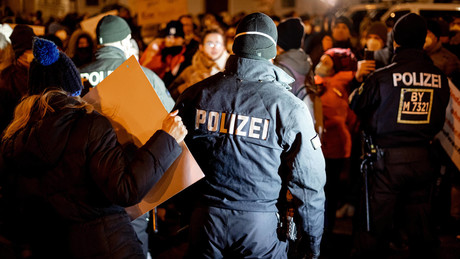 According to the UN Special Rapporteur on Torture Nils Melzer, the police often acted inhumanely against critics of the Corona measures during demonstrations. The competent authorities “don’t even see how blind they are,” said the UN representative.

Nils Melzer, the UN special rapporteur on torture, draws the conclusion from his talks with the federal government that there is a “system failure” in Germany when it comes to dealing with police violence, as he told the dpa news agency. The world had previously reported about it.

Now Melzer explained that he finds the government’s reaction questionable. She was of the opinion that it was proportionate that police officers, for example, pushed a non-aggressive demonstrator off his bike and threw it on the ground:

“The authorities’ perception of what is proportionate is distorted.”

He also asked the federal government for statistics on how many police officers would be prosecuted for disproportionate violence. The answer: In two years there hadn’t been a single one and in several federal states there were no statistics at all. According to Melzer, however, this is “not a sign of good behavior, but of system failure”.

“The authorities don’t see how blind they are.”

Demonstrators would sometimes be sentenced in summary proceedings, while proceedings against police officers would be discontinued or “deported until nobody is looking anymore”. From this he draws the conclusion that police control in Germany does not work. This arrogance is dangerous:

“It destroys the public’s trust in the police.”

Melzer submitted his final assessment to the federal government on March 28. It takes 60 days for the UN Human Rights Office to publish them. Melzer resigned from his UN post at the end of March due to his appointment to the Board of Directors of the International Committee of the Red Cross (ICRC). The dialogue with Berlin was thus concluded, said Melzer.