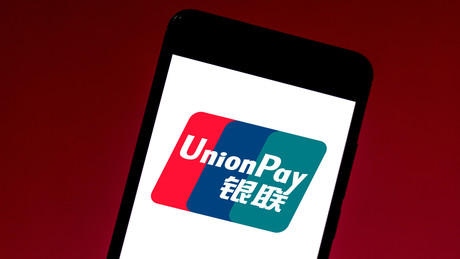 The Chinese payment system UnionPay should become an alternative to Mastercard and VISA, which have ceased operations in Russia. According to media reports, UnionPay refuses to work with Russian banks due to concerns about the risk of sanctions.

Russian banks that are on the sanctions list will not be able to issue UnionPay cards, the Russian newspaper RBK reported, citing several sources in major Russian financial institutions. The Chinese payment system is therefore refraining from cooperation and does not want to violate the unprecedented sanctions of the West.

The UnionPay card issuance project will be temporarily paused, RBK quoted one of several unnamed sources as saying. Major Russian financial institutions such as Sberbank, WTB, Alfa Bank and Otkritie are on the US, UK and European Union sanctions lists. Before the sanctions were imposed, these banks had announced that they would issue UnionPay cards.

UnionPay was originally intended to be an alternative to the world’s largest credit card providers VISA and Mastercard, which ceased operations in Russia in March. As a result, many citizens had hoped to be able to pay with cards from Chinese banks.

The Russian daily newspaper Kommersant also reported in April that foreign internet shops were blocking payments for all cards issued in Russia, including UnionPay.

Russian citizens can currently only pay in Russia with VISA, Mastercard or American Express credit cards issued by Russian banks, which, among other things, makes traveling abroad more difficult. Cross-border transactions are also no longer possible, such as purchases in foreign online shops.