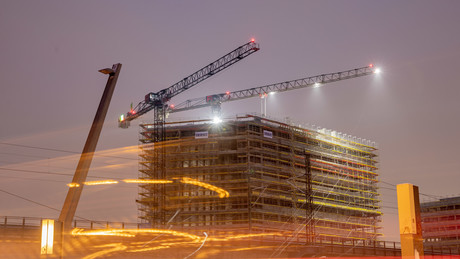 According to the Bundesbank, the economic prospects are gloomy. It expects economic output to stagnate in the first quarter of the current year. The central bank warned urgently of an energy embargo, which Berlin is currently repeatedly demanding.

An escalation of tensions with Moscow with a complete ban on imports of Russian energy could plunge the German economy into recession this year, according to model calculations by the Bundesbank. “In the aggravated crisis scenario, real gross domestic product in the current year would fall by almost two percent compared to 2021,” said a monthly report by the central bank published on Friday.

Economic output could therefore be up to five percent lower than assumed in the March forecast by the European Central Bank (ECB). Converted into absolute figures, that would be around 165 billion euros. Since it would hardly be possible in the short term to completely compensate for supply shortfalls from Russia with increased imports from other producing countries, there are likely to be bottlenecks in the gas supply in particular. In its scenario, the Bundesbank assumes that the use of energy would be rationed. More than half of the gas imports in Germany come from Russia.

The consequences of a delivery stop would still burden the German economy in the next two years and lead to a loss of growth, wrote the economists at the Deutsche Bundesbank. They estimated the absolute amount at around 115 billion euros each. No calculations were made on the effects of possible energy rationing for these two years.

According to the model calculations made in March, the economy would not shrink as much this year as in the Corona crisis year 2020. The Bundesbank economists attributed this to the “comparatively dynamic recovery phase” after the crisis. In the first Corona year 2020, the gross domestic product collapsed by 4.6 percent. Last year, however, the economy grew again by 2.9 percent. The Bundesbank pointed out that the model calculations are subject to considerable uncertainties and that future developments can “both overstate and understate”.

However, the experience of the pandemic only affected a manageable period. If the supply of gas from Russia were stopped, the industrial base of our business location would disappear, “and not just for a few months”, warned recently the PhD in production engineering and Bosch boss Stefan Hartung.

Other business representatives, as well as trade unions, warned of the existential consequences of a delivery stop for Germany. “If there is no gas, the site goes out of service and we have a collapse in the chemical industry, a collapse of the entire German industry,” said Christof Günther, managing director of Infraleuna GmbH and energy policy spokesman for the East German industry in the Northeast Chemical Association.

The leader of the Greens, Ricarda Lang, has also spoken out against an immediate gas embargo against Russia and warned of serious consequences for the German economy. In recent years, Germany has become “incredibly dependent” on Russia, said Lang at the Ludwig Erhard summit in Gmund am Tegernsee. “There’s no easy way to reverse that dependency.” According to the Green leader, the chemical industry would be massively affected by a gas embargo.

An immediate embargo is currently often demanded by Berlin. Most recently, the Ukrainian Ambassador Melnyk, who is omnipresent in the media, once again presented his demands in this regard in the RTL Direkt program as wishes, which were clarified after a meeting of the SPD leadership:

“It is clear that we have also presented our wishes to the SPD leadership and asked that there be more understanding within this large, important party that Ukraine not only needs heavy weapons today, but also an immediate embargo on oil and gas from Russia,” says Melnyk.

According to the Bundesbank, the extent of the economic consequences of the war is still very uncertain and depends on how it progresses. The central bank is already stating in its monthly report:

“The economic prospects have deteriorated worldwide as a result of the Russian war of aggression in Ukraine. On the one hand, this is due to the direct effects of the fighting and the uncertainty regarding the further course of the war. On the other hand, the sanctions imposed by the European Union (EU) and its partners imposed on Russia left their mark.”

The central bank expects economic output to roughly stagnate in the first quarter of the current year. At the end of last year, the fourth corona wave and the tightened protective measures against the spread of the pandemic halted the economic recovery. Gross domestic product shrank by 0.3 percent in the fourth quarter compared to the previous quarter.