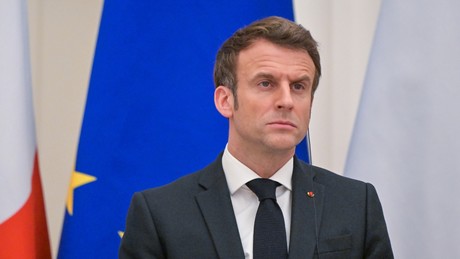 According to French President Macron, the European Union will be able to avoid dangerous consequences in the spring and summer of 2022 if it does not use Russian gas thanks to the storage reserves. However, he added the situation could become more complicated in the winter.

Europe could face consequences next winter if it goes completely without Russian gas. This is what French President Emmanuel Macron has in one interview said with Ouest France.

If the EU decides on new anti-Russian sanctions and Russia retaliates over the gas, European authorities would have to reach out to households and ask them to lower the temperature in their homes. He emphasized:

“In the spring and summer of 2022 we will not yet feel the consequences (we have replenished our stocks), but the situation will change next winter when Russian gas is no longer available.”

Macron added that a full embargo on Russian gas is out of the question right now. The French President stated:

“We are aware of the enormous difficulties involved.”

He also informed that it is currently not possible to completely replace the gas imported by the EU from Russia with other suppliers. Nonetheless, EU countries instructed the European Commission to buy gas from other suppliers, and they are also making “forced reinvestments” to get more LPG.

The day before, on April 21, French presidential candidate Marine Le Pen had described a possible embargo on Russian energy imports, including oil and gas, as “hara-kiri for Europe”. She said:

“We should not commit hara-kiri in the hope that this will harm Russia while it finds a place to export oil and gas itself.”

In her opinion, such a decision could negatively affect French citizens and lead to a rapprochement between Russia and China.

The EU had imposed five packages of sanctions against Russia since the end of February. The restrictions include a ban on buying, importing or transiting coal and other solid fossil fuels from Russia. European Commission chief Ursula von der Leyen announced on April 17 work on the sixth package of sanctions, in which Brussels will address issues related to the energy sector.

Russian Deputy Prime Minister Alexander Novak reminded that the share of Russian energy resources exported to world markets is 20 percent. According to him, if Russian hydrocarbons were banned, oil prices would rise to $300-500 a barrel, making it unlikely that Europe would abandon Russian fuels.

More on the subject – Runoff election in France: politician recommendations from Germany, Spain and Portugal