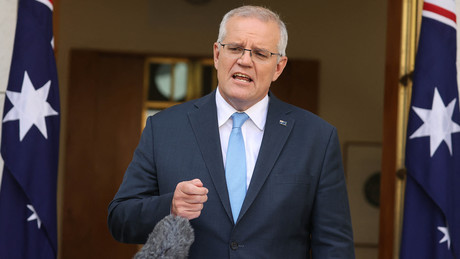 The conclusion of a security agreement between China and the Solomon Islands prompted an immediate reaction from Washington. Even a high-level delegation of US officials, led by Kurt Campbell, the Indo-Pacific Coordinator at the US National Security Council, made an immediate visit to the South Pacific island nation. In Honiara, the capital of the Solomon Islands, US officials warned against the establishment of a Chinese military base on national territory and threatened that in such a case they would “react accordingly”.

Sharp reactions to the agreement between Beijing and the Solomon Islands have also come from Australia in the past few days. On Sunday, Australian Prime Minister Scott Morrison said a Chinese military base in the territory belonging to the South Pacific island nation would constitute an unacceptable “red line”. He did not specify what countermeasures Canberra would take in such a case.

Morrison’s government and the United States are scrambling to respond to the recently signed security agreement between the islands and Beijing, which they see as an “aggressive” move. Morrison said:

“We will not have Chinese naval bases in our region on our doorstep.”

The Solomon Islands, a tiny archipelago some 2,000 kilometers off the northeast coast of Australia, made international headlines last week when they signed the security pact with China. As the island nation was rocked by violent protests last year, the deal — according to a leaked draft — secures Beijing’s support in “maintaining social order” and allows Chinese warships to dock in the South Pacific island nation’s ports.

Solomon Islands Prime Minister Manasseh Sogavare insists the deal is necessary to increase security and that it is “guided by our national interests”. He stated last week that the deal would not allow Beijing to set up a military base on the islands, something China had also highlighted.

However, Australia and its allies fear the opposite. Australian Defense Minister Peter Dutton told Sky News on Sunday:

“The reality is that China has changed. China is incredibly aggressive, the foreign interference, the willingness to pay bribes to get a result… that’s the reality of modern China.”

Beijing has not yet responded to the corruption allegations.

In a joint statement, the United States, Japan, Australia and New Zealand said the pact posed “serious risks to a free and open Indo-Pacific.” The White House also warned that “if steps were to be taken to establish a de facto permanent military presence, power-exercise capability, or military installation, the United States would have significant concerns and would respond accordingly.” However, as with Morrison, the nature of a possible US response was not specified.

Amidst Australia’s general election next month, Morrison has faced criticism at home for not blocking the deal. While defending his actions by arguing that “we are not going around telling the politicians in power in the Pacific Islands what to do and what not to do,” opposition Labor Party shadow foreign minister Penny Wong argued that foreign aid to the Solomon Islands the government there could have been lured away from China’s influence. “We would not have cut foreign and foreign aid, which is important for development and national security,” she said at a campaign rally on Sunday. Wong added:

“We would not have cut bilateral aid by an average of 28 percent each year … and we would not have turned our noses up at Pacific leaders when they told us at a forum that climate change was their top national security concern. “