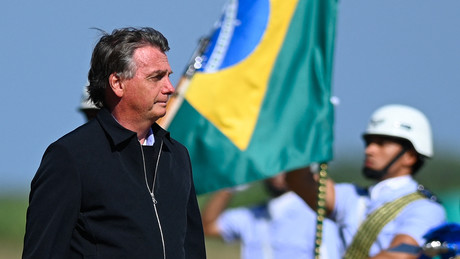 Global shortages of wheat are feared as a result of the Ukraine war, since Ukraine and Russia are important exporters. Brazil’s President Jair Bolsonaro says his country can increase wheat production from seven to 23 million tons a year.

Brazilian President Jair Bolsonaro highlighted good opportunities for Brazil as a wheat producer on Monday at the opening of the international agricultural fair “Agrishow” in the state of São Paulo. At the April 25 event, the politician praised the activities of the national agribusiness during the COVID-19 pandemic and highlighted initiatives by research institute Embrapa that could boost grain production in the country. According to Bolsonaro, his country could produce up to 23 million tons of wheat annually:

“We can produce twice as much as we need for our consumption. That means we produce seven million tons and import five million tons. But soon we will be able to produce 23 million tons of wheat.”

The politician referred to one million hectares of land in the state of Roraima in the far north of the South American country. This could be achieved with the appropriate irrigation.

Bolsonaro also highlighted his government’s efforts to secure supplies of fertilizers from Russia. According to him, this topic came up during his negotiations with his Russian counterpart Vladimir Putin in Moscow in February. In this regard, the politician again defended the development of mining on indigenous territories in order to boost their own fertilizer production.

Because of the war in Ukraine, there could be shortages of wheat worldwide, since Ukraine and Russia are important export countries. At present, the Black Sea sea route in particular is blocked for the delivery of large quantities of grain. World market prices have increased significantly. According to an initial forecast by the UN Food and Agriculture Organization (FAO), the war could extremely accelerate the increase in the number of people suffering from hunger. Experts estimate that there will be 8 to 13 million more hungry people in addition to the 720 to 811 million people estimated by the FAO in the World Food Report for 2020 who are undernourished worldwide. The Asia/Pacific and Africa regions would be affected in roughly the same way.