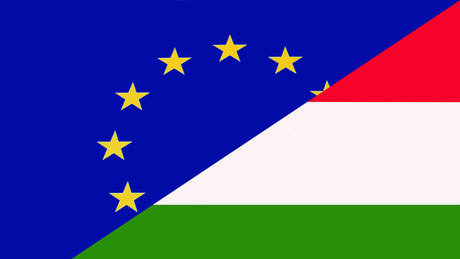 The EU Commission announces the formal start of legal proceedings against Hungary. The reason is a suspicion of violation of constitutional principles. In the event of a decision to the disadvantage of Hungary, the country faces a cut in EU aid.

Because of possible violations of the rule of law in Hungary, the EU Commission in Brussels has now officially initiated proceedings to cut EU funds against the country. The corresponding letter will be sent to Budapest on Wednesday, wrote EU Commission Vice Věra Jourová on Twitter. Commission chief Ursula von der Leyen announced the move earlier this month.

However, it will still be some time before Hungary actually has money cut from the EU budget. Ultimately, this would also require the approval of at least 15 EU countries with at least 65 percent of the EU population.

The so-called EU rule of law mechanism has been in force since the beginning of 2021. Its purpose is to ensure that violations of the rule of law, such as the separation of powers, no longer go unpunished. Crucially, however, the violations threaten to misuse EU funds. Poland and Hungary see themselves as the focus of the instrument and have appealed to the European Court of Justice. However, he dismissed the lawsuits in February. Both states get billions from the common budget every year.

First of all, Budapest can now comment on the allegations and, if necessary, propose remedial measures. The EU Commission then takes this into account when deciding whether it will actually propose that EU states cut EU funds for Hungary. (dpa)