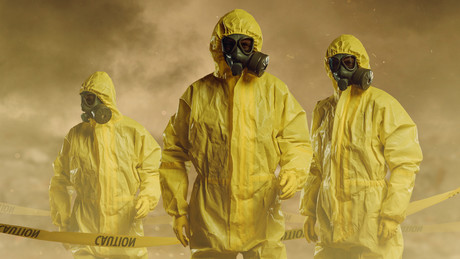 In the wake of the Russian invasion of Ukraine, US bio-research laboratories located in dozens of different countries became the focus of public debate. Beijing calls for a thorough investigation.

Stressing that biological weapons are weapons of mass destruction, Tan pointed out that the recently discovered US biomilitary activities are in violation of the Biological Weapons Convention, which has raised concerns in the international community, including China.

Beijing believes the discovered biomilitary activities are a significant security issue that the US needs to resolve.

Citing evidence of the use of bioweapons by the US military in the 1950s on the Korean Peninsula, including in the DPRK-China border area – a fact that American historians have publicly admitted – the Chinese said Spokesman Washington as the true agent of biological crises. He also cited the use of Agent Orange by the US military during the Vietnam War, which caused irreversible damage to the population and environment in Vietnam.

The United States is the only country in the world that has ever used all categories of weapons of mass destruction, including nuclear, chemical and biological weapons, against other countries, Tan said. The spokesman went on to explain that there is a growing body of unavoidable questions, noting that the United States itself has admitted to running 336 biolabs in 30 countries.

According to the US, biological research facilities have been created in Ukraine and are supported by the United States. The US worked with the Ukrainians to prevent the research material from falling into the hands of Russian forces, Tan said.

The politician also said the people of the world have a right to ask questions of the United States, questions like: “What is the relationship between the US Department of Defense and the United States biological laboratories abroad? If the US laboratories in Ukraine is only for scientific research purposes, why is the US Department of Defense so heavily involved? Why are rare disease outbreaks common in the areas where the US military’s overseas biological laboratories are located?”

Tan stressed that the United States must provide clear answers to the above questions, which it cannot avoid. He warned:

“Biomilitary activities are an issue affecting international peace and security and the security interests of all countries. As a country that was once a victim of biological weapons, China officially demands that the US take a responsible stance, seriously addressing the concerns and issues to the international community, make full and detailed statements on their biomilitary activities and accept multilateral review.”