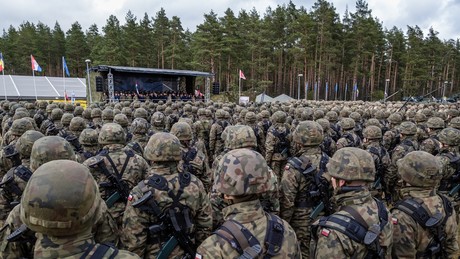 An extensive military exercise is scheduled to take place in Poland from Sunday, which will last until the end of the month. The Polish armed forces published a corresponding statement on Thursday on their official website. According to the report, convoys of military vehicles will be found “on trunk roads, expressways and country roads” practically throughout the country as part of the exercises. This is part of the exercise:

“The arrival and passage of the columns will also be rehearsed by exercise participants, that is, to practice receiving and deploying allied forces, coordinating cross-border activities and working with recipient countries.”

Specific “recipient countries” are not mentioned in the report.

Military vehicles are expected to move mostly at night in order to disrupt civilian traffic as little as possible. Nevertheless, according to the announcement, troop movements should also take place during the day and even at peak traffic times. The public is asked not to disseminate any information about military columns encountered. Images and information showing where and when military vehicles and aircraft were deployed should not be published. The military stated in this regard:

“Let’s be aware of the dangers. Any thoughtless activity on the network, publication of images of important military objects, facilities and equipment can have negative consequences for the security and defense system.”

Meanwhile, the Russian foreign intelligence service claims that Warsaw is planning to annex western Ukraine to Poland. According to a press release on Thursday, Poland wants to bring “its historical possessions in Ukraine” under control. The first step is an occupation of western Ukraine under the pretext of “protection from Russian aggression”. Poland has dismissed these claims as an attempt to build distrust between Warsaw and Kyiv.