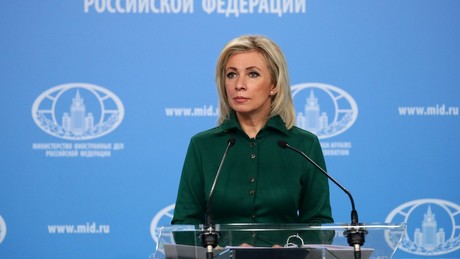 Turkey is blocking its airspace to all Russian military and civilian planes bound for Syria and has informed Russia of this in advance. It is not clear if this ban is aimed at preventing the possible deployment of Syrian fighters to Ukraine.

Turkey had already warned Russia before blocking Russian planes from flying through Turkish airspace to Syria, the Russian Foreign Ministry said on Thursday.

Russian Foreign Ministry spokeswoman Maria Zakharova said Turkey asked Russia more than a month ago not to allow planes bound for Syria to fly through its territory. She added that “the reasons for this were clear to us and the Russian side is no longer using this route”.

The comments from Moscow came days after Turkey closed its airspace to Russian military and civilian aircraft that had deployed soldiers from Russia to Syria. Ankara gave Moscow permission to fly through Turkish airspace at three-month intervals until April, but these flights have now been stopped, said Turkish Foreign Minister Mevlut Çavuşoğlu.

Along with Tehran, Moscow has been a key supporter of the Syrian government since the outbreak of the Syrian conflict, which was fueled from outside. Turkey, on the other hand, supports Islamist groups, including Haiʾat Tahrir al-Sham (HTS) in Idlib. Idlib province is the last remaining stronghold of Turkey-backed jihadist militias in Syria.

With the new measure, Ankara is making it more difficult for Moscow to supply its troops stationed in Syria and the air force and naval bases there with supplies. The recent Turkish airspace closure would now force Russian planes to take a longer route via Iran and Iraq to reach Syria. But they would have to consume more fuel and reduce the payload.

The Russian planes even used Turkey’s airspace en route to Syria during escalations between Ankara and Moscow in 2015, when a Russian fighter jet was shot down by Turkish air forces with an air-to-air missile on the border with Syria.

It is not clear if Turkey’s recent ban on Russian flights to Syria is aimed at preventing the possible deployment of Syrian fighters to Ukraine.

NATO member Turkey has sought to balance its close ties with Moscow and Kyiv, positioning itself as a mediator between the two, with Ankara hosting a round of talks between Russian and Ukrainian negotiators last month. Turkey has so far not joined international sanctions against Russia while blocking the Bosphorus for all foreign warships.

More on the subject – Erdoğan in mediation role: What strategy is Turkey pursuing in the Ukraine war?