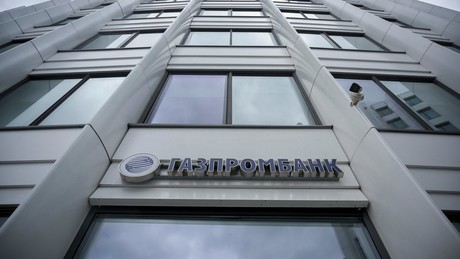 Instead of buying oil and natural gas from Russia – where production costs are very low and pipeline transport cheap – Europe now wants to turn to more expensive alternatives such as LNG supply from the United States due to the self-imposed sanctions against Moscow.

According to an article in the US newspaper Washington Post European countries do not have enough alternatives to replace Russian natural gas supplies and thereby avert serious economic problems in the coming winter:

“In almost every scenario, the next 18 months will be a difficult time for Europe as the impact of high prices spreads around the world and governments struggle to power their factories, heat their homes and their power plants There are not enough alternatives in the short term to avoid major economic problems in the coming winter if Russia shuts down gas supplies.”

“This is a very dangerous game going on,” the Washington Post quoted Edward Chow, an energy security scholar at the Center for Strategic and International Studies. “I don’t know how this is going to end. It feels like it’s going to end at a very bad point for both Western Europe and Russia.”

“Germany, Europe’s economic engine, is currently particularly unprepared,” said the newspaper. Before the start of the special Russian military operation in Ukraine, the country got almost half of its natural gas from Russia. The Washington Post reported that Italy is trying to secure deals with a number of African countries in hopes of halting Russian energy supplies by spring 2024.

Compared to other alternatives, Russian energy sources are relatively cheap for Europe, according to the US newspaper. “Instead of buying oil and natural gas from Russia – where production costs are very low and pipeline transportation is cheap – Europe must immediately turn to more expensive alternatives (to deliver gas) such as through the United States, which until seven years ago had no facilities at all for there was a gas export.” Furthermore, according to the Washington Post, European countries are unlikely to diversify their gas imports in the short term.

According to experts quoted by The Washington Post, Germany, whose gas storage facilities are only 33.5 percent full, Italy (35 percent) and Hungary (with just 19.4 percent) would be the hardest hit by a halt to Russian gas supplies Countries.