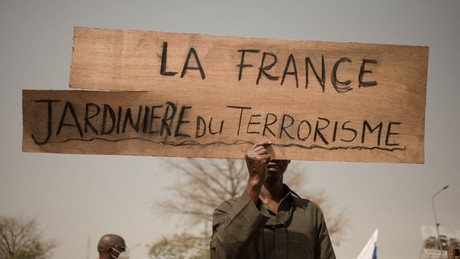 The West African state of Mali wants to end its military cooperation with France. The termination of all contracts and agreements – a reaction to the announced end of the French military operation – will come into force within six months.

The West African crisis state Mali wants to end its military cooperation with France. The termination of all contracts and agreements – a reaction to the announced end of the French military operation – will come into force within six months, the military government announced on Tuesday night. In a televised address on Monday, Colonel Abdoulaye Maiga justified the move by saying:

“The government of the Republic of Mali has for some time noted with regret a profound deterioration in military cooperation with France.”

Maiga also cited several cases in which French forces allegedly violated Mali’s sovereignty. In April, Mali claimed, among other things, that French drones had entered Malian airspace dozens of times since the beginning of the year to spy on the Malian military. Due to considerable political tensions, France and its international partners announced an end to the fight against terrorism in Mali in February and announced a coordinated withdrawal of around 4,300 soldiers.

In May of last year, the military overthrew the transitional government in Mali, which is supposed to have been in office until the elections on February 27, 2022. Putschist leader Assimi Goïta was proclaimed the new interim president and only wants to hold elections in up to five years.

A number of armed groups are active in the Sahel region, which stretches south of the Sahara from the Atlantic to the Red Sea. Some swore allegiance to the terrorist groups Islamic State (IS) or al-Qaeda. The EU training mission EUTM and the UN stabilization mission MINUSMA, in which the Bundeswehr is involved with a good 1,350 soldiers, are also underway in Mali.

France, which ruled Mali from the late 19th century until 1960, had accused the new government of creating “multiple obstacles” preventing the continuation of a joint anti-terrorist operation in the country involving the French contingent, would have effectively prevented.

The agreements, which have now been officially terminated by the Malian government, date back to 2013/14. Paris began Operation Serval in Mali in 2013. A year later, it was replaced by the larger Opération Barkhane, aimed at countering insurgencies across the Sahel. In addition to Mali, this also includes Chad, Burkina Faso, Niger and Mauritania.

When announcing the troop withdrawal in mid-February, President Emmanuel Macron said that “a victory against terrorism is not possible without the support of the state itself”, indicating that those responsible in Bamako were no longer interested in fighting the Islamists have. The French leader also stressed that he did not see the withdrawal as an admission of the failure of Paris.