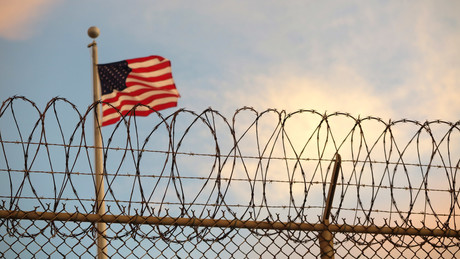 The Summit of American States will take place in June. The USA would like to appear there with an improved image in terms of migration policy. Because the question of how the masses of people streaming north should be treated is one of the central topics of the meeting, which takes place every three years.

The United States has not complied with migration agreements with Cuba since 2017, and this should now be repaired quickly. To this end, a high-level round of talks was held in Washington on April 21 with some positive results. A week later, the cold shower came: the United States wants to exclude Cuba from the preparations for the June 8-10 summit in Los Angeles.

The US wants to politically isolate Cuba again

“I must announce that the United States has decided to exclude the Republic of Cuba from the preparations for the 9th Summit of American States.”

Rodriguez asserted that he had evidence that Washington was putting extreme pressure on numerous governments opposed to the exclusion at this very moment. Cuba participated in the Summit in Panama in 2015 and in Lima in 2018.

After a phone call with US President Biden, Mexican President López Obrador commented on the US attempt to exclude unwelcome states from the summit: “With all due respect, I suggested to President Biden that if there is to be an America summit, everyone should attend that no one should exclude anyone and that they must change their policies as soon as possible.”

López Obrador referred to statements by Brian A. Nichols, US Assistant Secretary of State for Western Hemisphere Affairs, who said it was “unlikely” to invite Cuba, Nicaragua and Venezuela to the continental meeting.

“In America, we can no longer maintain the politics of two centuries ago. How come we call a summit of Americas but don’t invite everyone?”

An all-American governmental code on migration

The United States wants to reach a “firm” agreement with the states of Latin America, said US Secretary of State Blinken in a recent meeting with ministers from around 20 governments in the region in Panama – excluding Cuba.

The Cuban foreign minister questions the US’s intentions: “At this moment, behind the back of public opinion, a Memorandum of Understanding on Migration Management and migrant protection negotiated,” said Rodríguez.

It is “a code designed to force Latin American and Caribbean countries to suppress migration and absorb the migrants that the United States rejects,” he added.

A world code for dealing with pandemics

The other two topics of the summit are “health” and “democracy”. This is essentially about measures against pandemics, for which a plan is to be drawn up that is binding for all American governments, which they then have to follow in an emergency. Here, too, without the knowledge of the public, a kind of world law will be drawn up as a “plan for health and resilience” by 2030, which will certainly limit the sovereignty of state action.

The implications of these plans for hemisphere democracies will likely be unveiled at the summit in the form of a new “pandemic democracy.”

Are migration waves an invasion?

It is not surprising that Joe Biden wants to prevent Cuba’s critical analysis and resistance at this historic meeting of states. During the election campaign, the US President promised to cushion Donald Trump’s extreme immigration policy and received votes from the Latino population for this. But there has been no sign of this since he took office.

Some hardliners, like Texas Gov. Greg Abbot, go one better. He is currently examining whether the waves of refugees on the US-Mexico border legally qualify as an “invasion,” comparable to a military attack. Texas Attorney General Ken Paxton is also studying this possibility. This would allow various measures to reduce the number of illegal migrants. In any case, all intercepted persons can then immediately be shipped back to the Mexican border. In March alone, US federal agents reported more than 129,000 migrants entering Texas, up 11,000 from the same period last year.

The talks between Washington and Havana

Talks between Washington and Havana on April 21 renewed negotiations on migration issues for the first time since 2018. US Assistant Secretary of State for the Western Hemisphere Emily Mendrala led the inter-agency delegation from the United States, while Cuban Deputy Secretary of State Carlos Fernández de Cossío represented the Cuban side.

Cuba hopes the US government will recognize the validity of the 1994-1995 and 2017 treaties. After all, she admitted that she had not issued the contractual 20,000 visas per year. In addition, one is now interested in resuming consular service in the embassy in Havana.

The United States Customs and Border Protection Agency reports that there have been 79,800 arrests of Cubans in the past six months.

The US is returning illegal Cuban migrants to the island

Meanwhile, Cuban authorities said that so far this year, 1,680 citizens from the United States, Mexico, the Bahamas and the Cayman Islands have been repatriated to the Caribbean island by sea and air.

In a statement, Cuba’s foreign ministry stressed that through the sanctions, Washington is creating the economic conditions that encourage people to emigrate. Washington wants to urge Cubans to leave their homeland. At the same time, however, they are arrested at the US border and sent back.

Likewise, the actions of the United States lead to crimes such as migrant smuggling, immigration fraud and human trafficking. This affects individual states as well as the entire region.

The US State Department statement said that “safe, legal, and orderly migration between Cuba and the United States remains a common interest.”