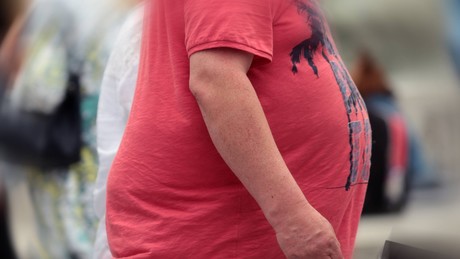 According to the World Health Organization (WHO), more than half of Europeans are overweight. In the WHO Europe region, 59 percent of people are overweight or obese. The proportion in men is higher than in women.

According to the World Health Organization (WHO), more than half of adults in Europe are overweight. According to the study, 59 percent of adults in the European WHO region were overweight or obese. As the Copenhagen-based WHO told Europe in its 2022 obesity report presented on Tuesday, the proportion is higher for men at 63 percent than for women at 54 percent.

Germany is slightly above the average for the European region. In addition to the EU, the WHO includes Turkey, Russia, Ukraine and other eastern states in the European region. In Germany, however, the difference between men and women was significantly greater than elsewhere: the proportion of obese men was 65 percent, while the figure for women was less than 50 percent.

According to the WHO Europe, people with a Body Mass Index (BMI) of 25 or more are considered overweight, and those over 30 are considered obese. BMI is calculated from height and weight.

Overweight and obesity rates have reached “epidemic proportions” across the WHO Europe region, the organization said. None of the 53 countries in the region are currently on track to meet the goal of halting the rise in obesity by 2025. Only on the North American continent is the rise in obesity even higher.

According to the WHO, obesity was also one of the most common risk factors for severe cases of COVID-19, including hospitalizations and deaths. Preliminary data also shows that child and adolescent obesity has increased during the coronavirus crisis due to a lack of physical activity during lockdowns.

The report goes on to say that overweight and obesity (obesity) are generally among the leading causes of disability and death in the WHO European region. In addition to cancer, obesity can also have other health consequences, including chronic respiratory diseases such as asthma, strokes and other cardiovascular diseases, liver and kidney problems, but also mental problems and back pain.