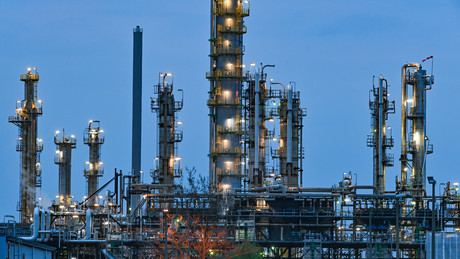 According to Hungary, Brussels’ current plans for an embargo on Russian oil and refined petroleum products pose a serious threat to the country’s energy security. That’s why Budapest wants an exception for pipeline oil.

Hungarian Foreign Minister Péter Szijjártó said on Wednesday that his country’s government could not support the European Commission’s anti-Russian sanctions package being drafted in its current form because it would “destroy” the security of Hungary’s energy sources, according to the official Chinese news agency Xinhua reported.

In a video message posted by Hungary’s top diplomat on his Facebook page, Szijjártó explained:

“The new restrictions would include a relatively short-term ban on crude oil shipments from Russia to Europe, which in the case of Hungary would come into effect from the end of next year.”

Energy supplies to Hungary are currently still secure and stable, but the package of sanctions proposed by the EU Commission threatens to “destroy them completely”. This will make it impossible for Hungary to import enough oil to keep the economy running, Hungary’s Foreign Minister warned, adding:

Szijjártó reminded that his country is a landlocked country with no access to the sea and therefore no possibility to get oil from other sources by tankers.

In addition, the Hungarian oil refineries are designed to process Russian oil. Other types of oil, such as Brent, are out of the question for them. The pipelines from Russia are the only way for Hungary to obtain oil. The top Hungarian diplomat stated:

“The (Hungarian) government cannot take responsibility for agreeing to the latest sanctions package in its current form.”

In order to get Budapest’s approval of the package, Brussels would have to exempt oil supplies via pipelines from the planned embargo against Russia.

More on the subject – Western sanctions, the Moscow response and the restructuring of the Russian economy