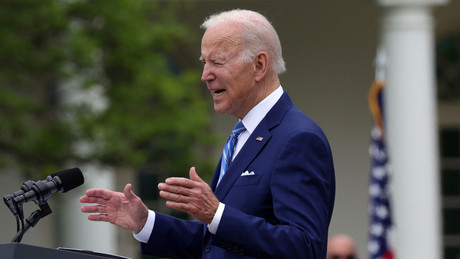 The Biden administration last week called on the Israeli government to consider increasing its military aid to Ukraine.

The Biden administration last week called on the Israeli government to consider increasing its military aid to Ukraine, US and Israeli officials told news website Axios.

Israel has so far turned down Ukraine’s requests to supply Kyiv with advanced weapons. Tel Aviv just last month agreed to send thousands of helmets and bulletproof vests to Ukraine for medical teams and first responders. But by adopting a critical stance towards Russia recently, Israel is signaling that it is ready to supply Ukraine with more non-lethal military equipment, Axios said.

Last week Israel sent Dror Shalom, head of the Politico-Military Bureau at the Defense Ministry, to a US-led meeting on arms sales to Ukraine at Ramstein Air Force Base in Germany.

The Biden government has made it clear to the Israelis “that the United States understands its complicated situation with Russia and appreciates the aid it has provided to Ukraine to date.” However, she hopes that Israel will do more to provide military equipment.

Since the beginning of the Ukraine war, Israel has not wanted to upset the USA as its most important ally, but at the same time is dependent on Moscow’s goodwill for tactical reasons – especially in the smoldering conflicts in Syria and with Iran.

Tel Aviv had recently tried to create a balance between Russia and Ukraine. For example, Prime Minister Naftali Bennett is said to have refused to sell arms to Ukraine in February after being asked to do so by Ukrainian President Vladimir Zelensky.