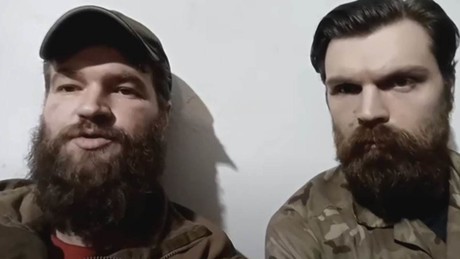 President of Ukraine Vladimir Zelensky announced at a press conference after meeting Canadian Prime Minister Justin Trudeau on May 8 that Mariupol cannot yet be “liberated” by military means as Ukraine lacks heavy weapons:

Zelensky seems not so much concerned with recapturing the entire city as with the right-wing extremist troops of the Azov battalion who are stuck in the Azovstal metallurgical combine:

Mikhail Podoliak, adviser to the head of the Ukrainian Presidential Office, assuredKyiv is doing everything to get the neo-Nazi militias out of the plant safely:

“Every conversation the President has with foreign heads of state and international organizations begins and ends with the word ‘Azovstal’. We calculate all possible formulas and formats, and if there are no such formats in the history of international law, we propose new ones in front.”

Meanwhile, the Ukrainian authorities said they are preparing to withdraw “wounded and paramedics” from Azovstal.

Azov reconnaissance chief Ilya Samoilenko, who is detained in the Metallurgical Combine along with troops from the far-right battalion and deputy commander Svyatoslav “Kalina” Palamar, together with the latter on May 8, held a remote video press conference gave, was rather critical: the medical staff, whose evacuation from Azovstal had been announced by the authorities, was “exhausted”, he admitted. At the same time, Samoilenko noted that if the doctors and paramedics were to be evacuated, the troops could only receive limited medical assistance.

However, the Azov fighters themselves, he continued, could also “only be evacuated” since they “expended all means to defend themselves effectively”. Surrendering is not an option for them, Samoilenko said. He cited the story of a soldier who was filmed alive in a propaganda video about surrendering Ukrainians, “and then his mother received news of his death”.

Cracks between the main Nazi battalion and Kyiv: “Planning and organization failed”

Azov commanders accused the Ukrainian government of not doing enough to free them, among other things.

Deputy Commander Palamar criticized the government for its recent efforts focused only on evacuating civilians from the territory of the metallurgical plant:

“What’s troubling me is that during the negotiations I heard some politicians say, ‘You guys should go about your business and stall for time so we can get all the civilians out.’ It is a pity that some politicians in Ukraine have no tact, just cynicism that this is just a successful operation to evacuate civilians.”

He further claimed that his unit had been pushing for the evacuation of civilians from Mariupol for two months, and it was only after Azov was imprisoned in Azovstal that the battalion got any attention.

The Nazi battalion’s accusation against Kyiv, however, is much broader. Reconnaissance officer Samoilenko applied it much thicker:

“Our government has failed to protect Mariupol and to prepare for Mariupol’s defense. The problem is that many people call us heroes when we are just doing our job. We are admired. The fact is that heroism comes from planning and organization fail.”

He pointed out that Azov could have withdrawn from Mariupol, but it had orders to defend the city. At the same time, Azov did not have an order to completely take over the defense of Mariupol, but the regiment decided to do it on its own, since no one dared to do it.

“The problem is that many government officials have been sabotaging Ukraine’s defenses for the last few years, I would say the last eight years.”

He explained that Azov’s preparations for battle had also been “sabotaged by officials, bureaucrats and the government”:

“Everyone just stopped us from preparing for defense – because we knew there was a big war coming with Russia. We knew it and we were ready, at least as far as we could be: in training, in the procurement of equipment and ammunition, and in turn in training, in the introduction of new standards.”

According to him, the battalion, formally run as a regiment, had to make its own contacts with the western military and get from them any information it was interested in. However, because of the accusation of neo-Nazism, Azov was not provided with any Western weapons.

The wife of the commander of the Azov regiment Denis Prokopenko, known by his nickname “Redis”, Katerina Prokopenko, also went public after the press conference with the fighters in Azovstal. She called the measures taken by the Ukrainian authorities insufficient and called on everyone to try to save her husband and his comrades.

The head of battalion reconnaissance has a separate ax to grind with Colonel Vladimir Baranyuk, who accused the commander of the 36th Special Marine Infantry Brigade of the Ukrainian Armed Forces of cowardice:

“We were given the choice to run away like cowards who think only of themselves and forget duty. So did the commander of the 36th Marine Brigade, refusing to follow orders and attempting to take off with a small group on armored vehicles to flee the city.”

For his part, the commander of Azov Denis Prokopenko, in an interview with Ukrainskaya Pravda, put forward the thesis that the Ukrainian military could have held the defenses on the right bank of Mariupol for a long time if only the commander of the 36th naval brigade did not decide to break out the Ilyich plant would have decided:

“I don’t know why such a decision was made.”

In any case, Baranjuk was taken prisoner by the Russians – and portrayed, for his part, was greatly puzzled by the decision when he and his marine brigade were assigned to the Azov Battalion – and as a military member, he became part of the National Guard and therefore assigned to the Interior Ministry. The Colonel emphasized:

“Most of the time this is the other way around.”

Baranjuk agrees with the Azov neo-fascists on one thing: he too accuses the high military command and the government in Kyiv of not providing any help to the contingent of troops loyal to the regime in Mariupol. In the absence of this help – and with an implicit intention to save his soldiers – he explained his escape attempt:

“Kyiv said: Hold on. Hold on… Well, we were also told something else. That units are on their way to break the blockade, ‘they will be with you soon’… Well, so they lied to us with the promise of certain help . Corresponding help was not forthcoming. That prompted us to break out towards our own units.”