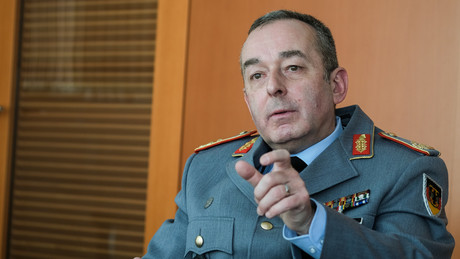 About five months after it was put together, the Corona crisis team in the Federal Chancellery to coordinate nationwide vaccinations against the virus will be dissolved. As a spokeswoman announced on Wednesday, there is now a completely different situation with the infection and the vaccinations.

Five months after its completion, the Corona crisis management team in the Federal Chancellery to coordinate nationwide corona vaccinations will be dissolved. As the deputy government spokeswoman Christiane Hoffmann announced on Wednesday in Berlin, there is now a completely different situation with infections and vaccinations. The tasks of the crisis team, previously headed by Major General Carsten Breuer, would now be processed in the usual working structures of the federal government.

At the end of last year, the crisis team started with more than ten employees. At peak times, 30 men participated on the staff. In addition to experts from the associated ministries, the crisis management team, which was responsible for the federal government’s vaccination campaign, among other things, also included experts from the Federal Office for Civil Protection and Disaster Assistance.