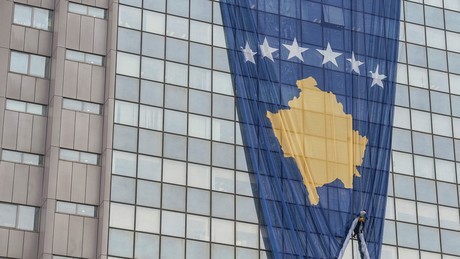 The partially recognized Balkan state of Kosovo is applying for membership in the Council of Europe. Germany is expected to support the application. Serbia’s president criticizes Priština’s move as a breach of contract and promises political consequences.

Kosovo submitted an application for membership of the Council of Europe on Thursday. The head of the cabinet of the foreign ministry of the partially recognized Balkan state published a message on Twitter in this regard. Accordingly, the application documents were submitted by the Foreign Minister Donika Gërvalla-Schwarz personally at the headquarters of the Council of Europe in Strasbourg.

🇽🇰 DPM/FM @gervallaschwarz just finished her meetings at the CoE, where she submitted the application in person. I can confirm: The Government of the Republic of Kosova officially applied for full membership in the Council of Europe. pic.twitter.com/qdMAXjJ38u

Pristina assured that Kosova’s 2008 Basic Law integrates the European Convention on Human Rights, which is the Council of Europe’s policy document, as well as other international human rights documents.

The Council of Europe is an organization of states with 46 member countries whose declared task is to monitor compliance with human rights in the member states. The Council is not an EU institution. Russia had the organization in March in connection with the Ukraine conflict leaving and has thus forestalled a process of elimination. Moscow’s Foreign Ministry justified the withdrawal by the EU and NATO as “an anti-Russian political instrument”.

Shortly after Russia’s membership was suspended, the Berlin-based European Stability Initiative (ESI) think tank urged Kosovo to apply for Council of Europe membership. Excluding Russia from participating in the institution’s decision-making processes would provide a fitting opportunity for this, argued the ESI.

On 4 May, German member of parliament Knut Abraham (CDU) stated that the federal government was in favor of Kosovo’s accession to the Council of Europe and called for further German support for accession. He wrote on Twitter:

Kosovo’s admission to the Council of Europe is still uncertain. The sovereignty of the former southern Serbian province, which unilaterally declared its independence in 2008, is not only not recognized by Russia, but also by more than 60 countries worldwide. Among the members of the Council of Europe are Greece, Romania, Serbia, Slovakia, Spain and Cyprus. According to the TASS news agency, Serbian President Aleksandar Vučić has already criticized Kosovo’s application for membership:

According to the agreement signed in Washington on September 4, 2020, Belgrade agreed not to seek a withdrawal of recognition of Kosovo’s statehood from other states as long as Kosovo does not seek membership in international organizations.

In response to Kosovo’s request, Vučić called an extraordinary session of the National Security Council for Friday. “They won’t have it as easy as they imagined,” he explained.