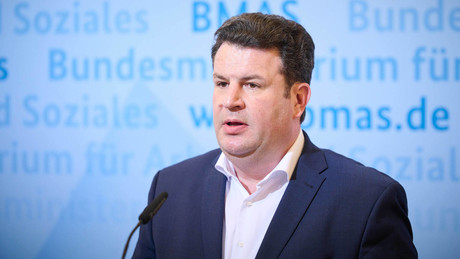 The Ministry of Labor has presented an effectiveness analysis of its corona measures. With regard to the economic cost-benefit ratio, short-time work was rated best.

One of the social questions of the present is whether the broad catalog of corona measures prescribed by politicians has had a positive or negative effect in the respective areas of responsibility and society. In contrast to the Federal Ministry of Health (BMG), the Federal Ministry of Labor and Social Affairs (BMAS) was able to present an initial evaluation of the commissioned analysis in March, rather unnoticed by the media. The title of publication reads: “Effectiveness analysis of the corona measures”.

The data is based on the results of “a survey of 60 scientists with a focus on labor market research conducted at the beginning of 2021,” according to the information on the BMAS website. They examined and evaluated “eleven central measures taken by the federal government to deal with the economic and social consequences of the COVID-19 pandemic based on six target dimensions”. The summary of the results states:

“The instrument of short-time work was rated best in terms of the economic cost-benefit ratio. It was also one of the three best-rated measures and services for the other target dimensions surveyed, while the temporary reduction in VAT was the worst cost-benefit relation is attested.”

The “eleven central measures” to be evaluated in the area of ​​​​the acting and executing Federal Ministry of Labor and Social Affairs were:

The publication points out that “in an international comparison of the design and use of short-time work … during the Corona crisis,” Germany is one of those countries that “rely on a well-established system of short-time work and were able to expand it quickly in the current crisis “. The authors do not mention that in Europe there are very large differences in the amount of short-time work benefits and other wage replacement benefits in an international comparison. That’s what it says in one publication the Hans Böckler Foundation, an institution of the German Federation of Trade Unions, from April 2020:

“Some suggestions for a sustainable model of short-time work in Germany can be derived from the knowledge gained in an international comparison. … The ad hoc extensions of short-time work to atypical employees in many countries suggest that this should be considered a possible permanent solution and that the group of in of unemployment insurance – with access to short-time work benefits – to employees who are secured and liable to pay contributions in the medium term.”

In November of the previous year reported that the Federal Employment Agency had “so far spent around 52 billion euros” during the COVID-19 pandemic. At around 24 billion euros, most of the expenditure went on financing short-time work benefits in the pandemic years 2020 and 2021. In December 2021, the Bundestag decidedthat “from the fourth month of reference, 70 percent of the net salary difference is paid – with a child in the household 77 percent”. The Tagesschau reported:

“This should also apply to employees who were entitled to short-time work benefits up to March 31 of the previous year during the pandemic. In addition, everyone who has been on short-time work since April 2021 should be entitled to benefits for the period from January to March 2022 have on the increased benefit rates.”

The target dimensions for the assessment were:

Regarding the sequence of the analyzed “positive effect” of the measures, the publication states:

“The overview of the results shows that short-time work is in first place by some distance in the assessment of the economic cost-benefit ratio. In the following places are found in this target dimension, which allows conclusions to be drawn about the efficiency of the measures and services, the bridging aid , the Economic Stabilization Fund and the Corona emergency aid. According to experts, the least efficient are the extension of the entitlement period of ALG I, the family bonus and, in particular, the temporary reduction in VAT.”

The publication explains that above all measures and services that are “directly aimed at companies (and/or the self-employed)” are rated as “expedient with regard to securing the existence of companies”. It goes on to say:

The very good performance of the federal initiative, i.e. the “short-time work” measure, contrasts with the everyday reality of those affected, which, however, was not part of the publication by the five authors. Labor Minister Hubertus Heil (SPD) had in December 2020 communicated: “Short-time work saves millions of jobs.” In the speech Heil had stated:

“The extent of the crisis is historic. Our economy has collapsed by around five percent this year. However, the labor market has proven to be largely robust. There was no major earthquake despite the extremely difficult general conditions. We owe this primarily to short-time work, which has saved millions of jobs.

In April (2020) we had six million short-time workers. In September there were less than half as many. And this without a corresponding increase in unemployment figures. This clearly shows that short-time work saves millions of jobs in Germany.”

In June 2021, the Tagesschau had reported:

“The short-time allowance has saved many jobs. But many recipients are now finding that the tax office is demanding additional tax payments: an additional burden on an already lower income.”

According to the managing director of the Federal Association of Income Tax Assistance Associations, Uwe Rauhöft, this affects “above all the recipients who were not sent on 100 percent short-time work, but only in part”. In June 2021, Rauhöft explained why the burdens as part of the income tax return are increasing:

“If the regular working hours are reduced to 50 percent and short-time work benefits are granted for the other 50 percent, then the wage tax is reduced very sharply in some cases. The reduced wage tax falls disproportionately because of the progressive tax rate. However, this means that too little is calculated for the year payroll tax paid.”

One published In February 2021, a study by the Economic and Social Sciences Institute (WSI) of the Hans Böckler Foundation, which is close to the trade union, informed that “the fears of people” who are or were on short-time work are significantly greater “than among those without short-time work”. . The study says: “Successful stabilization with hardship: 53 percent of short-time workers with existential worries”. The study describes:

In view of the historically unprecedented extent of short-time work in the Corona crisis, a number of short-time workers “can be expected to face worsening social problems over time, since financial reserves have in many cases already been used up and more and more people will continue to shrink,” the researchers warned. In addition, “the fear expressed by around 44 percent of those on short-time work” of becoming unemployed was given as a major reason for the frequent worries about their own economic future. At the time, this concern was “more than twice as common as among the self-employed and mini-jobbers and even four times as common as in the group of employees without short-time work”.

In April 2022 it was all about short-time work in one article currently:

“In Germany, fewer employees worked on short-time work in March than in the previous month. Their number fell by around 65,000 compared to February to an estimated 620,000, as reported by the Munich ifo Institute.”