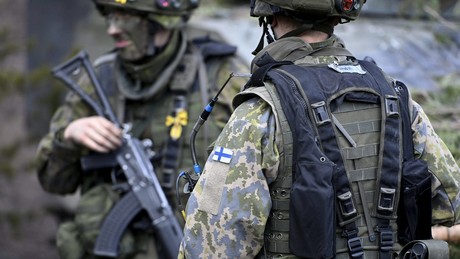 Finland’s Permanent Representative to NATO, Klaus Korhonen, has stated that his country is not threatened by Russia from a military point of view. Nevertheless, Helsinki is preparing an application to join NATO. Moscow warns of a deterioration in the security situation.

Klaus Korhonen, Finland’s Permanent Representative to NATO, said in an interview with CNN on Thursday that his country sees no direct military threat from Russia.

In the interview, Korhonen pointed out that for the first time in history, the majority of his country’s population supported NATO membership. This is the result of a “very drastic change in our security environment”. At the same time he emphasized:

“Today no direct military threats to Finland from Russia can be observed.”

Korhonen attributed this to the defensive readiness of the Finnish armed forces.

“We have a strong defense and a very capable border guard. I think we’re on guard now, so the border is safe now.”

According to Korhonen, Russia is not undertaking any “unusual activities”, but there are fears of Russian cyber attacks and disinformation campaigns in Finland.

When asked about the likelihood of a nuclear conflict, Finland’s NATO official said he was confident that the risk was minimal:

“We are very far from a nuclear conflict.”

Against the background of the Russian military operation in Ukraine, Finland and its neighboring country Sweden had begun to consider giving up their previous non-aligned status and joining NATO. The Secretary General of the Alliance Jens Stoltenberg had signaled several times that the members of NATO would support this project. On May 13, Finland’s Foreign Minister Pekka Haavisto told Japanese TV channel NHK that the application for membership would be submitted next week.