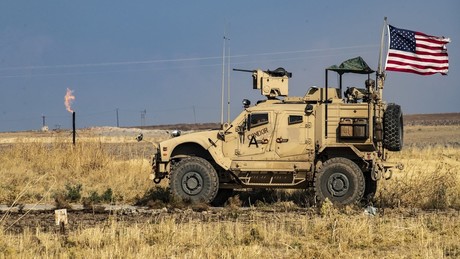 The US on Thursday approved some foreign investments in Kurdish separatist-controlled areas in northern Syria. However, any transactions with the government in Damascus will remain prohibited due to US sanctions.

The US on Thursday approved some foreign investments in Kurdish separatist-controlled areas in northern Syria. While the US Treasury Department approved activities in 12 sectors, including agriculture, construction and finance, it clarified that any transactions with the Damascus government remain prohibited under US sanctions. Speaking to the journalists, the senior US official reiterated Washington’s stance that it has no intention of lifting sanctions on Syria.

The approval, according to the US government, aims to promote better economic opportunities for people living in areas of northeast Syria that are vulnerable to a resurgence of the so-called “Islamic State” (IS). The order also authorized the purchase of oil products such as gasoline in the region, excluding transactions involving the Syrian government.

The looting of Syrian oil reserves by the US became known at the end of July 2020. Speaking to the US Senate Foreign Relations Committee, former US Secretary of State Mike Pompeo confirmed for the first time that a US oil company would start operations in northeastern Syria, which is controlled by SDF militants.

For years, the Kurds have been supplied with US weapons, logistics and money so that they can represent US interests as a proxy militia. In the course of the Syrian conflict, SDF associations signed the oil agreement with the USA in order to permanently deny Syria access to the important raw material.