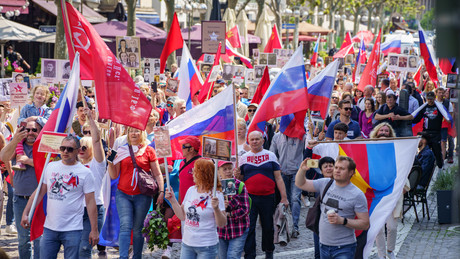 Poland’s Prime Minister Morawiecki described the ideology of the “Russian world” as a cancer that needs to be eradicated. The reactions from Russia to this attack were not long in coming – it was “fascist, hateful and criminal”.

A number of Russian politicians and experts have sharply criticized Polish Prime Minister Mateusz Morawiecki’s recent comments about Russia. Irina Yarovaya, deputy speaker of the Russian State Duma, has called his desire to “wipe out the Russian world” a crime. In her opinion, “the extent of Russophobia exceeds the scale of all barometers”. The press service of the ruling party “United Russia” quoted Yarovaya as saying:

“The fascist statement of the Polish Prime Minister is not only a personal disgrace, but also a betrayal of the memory of thousands of Poles murdered by Hitler and Bandera, as well as thousands of Poles rescued by Soviet soldiers. This is a Crime.”

Morawiecki, who had previously compared Russian President Vladimir Putin to Nazi leader Adolf Hitler and Soviet dictator Josef Stalin on many occasions, went so far in an interview with British newspaper The Telegraph claimRussia’s head of state is “even more dangerous”.

The so-called “Russian world” is an imperialist ideology, “the equivalent of 20th-century communism and Nazism,” with which Russia “justifies invented rights and privileges for its country,” Morawiecki emphasized. He further described Russian nationalism as “a cancer that not only afflicts the majority of Russian society but also poses a deadly threat to all of Europe”. Morawiecki literally:

“Therefore, supporting Ukraine in its military struggle with Russia is not enough. We must completely eradicate this monstrous new ideology.”

Kremlin spokesman Dmitri Peskov also commented on the attack by the Polish prime minister. “This is the quintessence of the hatred of the Russians, which probably, like metastases, infected the entire Polish politics, the entire Polish leadership and, to our regret, Polish society in many ways,” said Peskow.

The Chairman of the International Affairs Committee of the State Duma Leonid Slutsky pulled on his Telegram channel a historical parallel to the Second World War:

“Morawiecki’s statements are reminiscent of the rhetoric of the Third Reich. I would like to remind him that the earlier figures who wanted to wipe out the Russian world, and among them there were figures much more powerful than the Prime Minister, ended up in the dock of the Nuremberg tribunal. ”

Political analyst Ruslan Balbek pointed out to RT that the obliteration of the Russian world has always been a desire of the West. He explained:

“The Polish Prime Minister has said nothing new. The West has been trying to destroy the Russian world for a thousand years. The only threat we pose to them is that we are not ready to bend our knees and present ourselves as vassals of Western politicians.”

The expert was ironic about the Polish prime minister’s chances of success. Accordingly, Morawiecki will justify the failure of his project with “certain circumstances” and “force majeure” in his future memoirs.