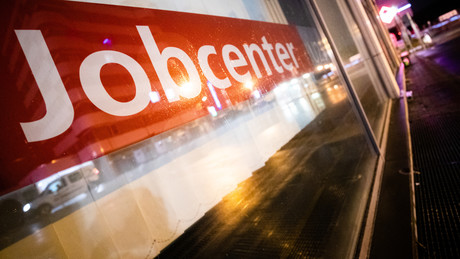 The traffic light coalition is aiming for a relaxation of the Hartz IV sanctions, which have long been classified as unconstitutional. During the first reading in the Bundestag, it became apparent that the opposition could hardly offer more varied criticism of the change.

The federal government wants to temporarily suspend the sanctions for “breaches of duty” for recipients of unemployment benefit II – also known as “Hartz IV”. The Bundestag in Berlin held a first reading on Friday about corresponding plans by the SPD, Greens and FDP.

So far it is planned to suspend the sanctions for breaches of duty for recipients of unemployment benefit II at least until the end of 2022. The suspension is expressly intended as an interim step until the planned citizen income is introduced, which is intended to replace Hartz IV in its current form.

Deviations from far-reaching provisions are considered violations of requirements. These include the need to be at the place of registration except for a few days a year – regardless of public holidays or, for example, family care needs to stop. Regularly reporting (back) to the job center, which is often associated with immense queues, especially in urban areas. Accepting undignified jobs or taking part in training courses that are rarely effective but expensive.

100% sanctions through the back door: once again we get a call for help because the complete #Hartz IV to be withdrawn at short notice. Here, the job centers refer to “lack of cooperation” and then it goes in no time.

According to the information, only a minority of Hartz IV recipients break the rules. At the same time, according to the “Sanktionsfrei” platform, employees of the job center make so many mistakes in the warnings that an objection by those affected often has to be acknowledged.

However, even after almost 15 years of Hartz IV, politicians have not been able to prove that the sanctions system fulfills any socially desirable goals. As the judges of the Federal Constitutional Court found out in 2019, this type of penal system does not mean that job seekers can get a new job from which they can support themselves any faster. Even in 2022, the way out of Hartz IV is very difficult and fails less because of a lack of cooperation on the part of the job seekers.

Is this what real prospects look like? ⌛25% of job placements ended in 2019 #Temporary work.⌛More than every third start of work #Hartz IV out is shorter than 6 months.⌛Around every 2nd start of work does not lead to the Hartz IV benefit because the wage is too low. pic.twitter.com/3HbVpoxiNx

unions and charities have repeatedly pointed out that the primary goal must be to get people out of the very precarious situationn advised to need Hartz IV. Proposals, such as decent employment contracts with appropriate remuneration – instead of repeated limitations and undercutting the minimum wage, which has been set far below the poverty line for years (wage dumping) – are not new in this regard.

Among the apparently endlessly rising prices from energy costs up to groceries groan even average earners. Political scientists and economists have been pointing out for a long time, and particularly against the background of the immense rate of inflation, that quite a few people are also becoming impoverished societal repercussions would have that too not economically desirable are. Especially since the social cohesion was already at risk before the record rise in inflation.

As the traffic light coalition said, the possibility of deductions from benefits should be retained in a limited form until mid-2023, if a recipient of basic security misses appointments at the job center. By then, however, it should only be possible to reduce performance by up to 10 percent. According to the draft, the moratorium on sanctions will lead to indirect additional expenditure on subsistence benefits of around 12 million euros in 2022. Of this, around 11.6 million euros would go to the federal government and around 0.4 million euros to the municipalities.

The left-wing MP Jessica Tatti criticized the federal government’s plan as a “deceptive package” because the traffic light in coalition agreement had announced a one-year moratorium on the previous sanctions. If that were the case, they would have to be completely abolished.

Objections came from a completely different direction Union closely linked to the economy. Their popular argument jobswhich is used to justify precarious employment in a rich country even in times of crisis, is rarely tenable.

Despite the misappropriation of tax money by various Union politicians on a much larger scale, which has become known in recent years tried it the CDU representative Kai Whittaker in the Bundestag with a supposedly social argument. It is difficult to explain to a hard-working Aldi saleswoman that she should subsidize “those people” who “stubbornly refuse to show solidarity”.

Like Whittaker the Aldi saleswoman and other hard working and nevertheless needy citizens would explain that even large corporations represented by the Union are in shape of subsidies as well as short-time work benefits immensely from the public budget benefits have, in some cases not even the self-employed deposit – and only in this way could dividends worth billions be distributed to people who were already very rich – but the young politician left it open.

More on the subject – High inflation: Political scientists warn of impoverishment of the poor