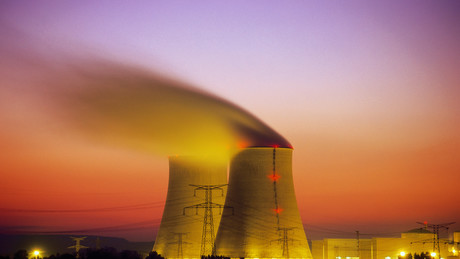 The European dispute over the promotion of nuclear energy and its classification as climate-neutral continues: Germany has again announced that it will veto the European Commission’s proposal for a resolution that would favor the construction of nuclear power plants.

As announced, Germany will speak out against a sustainability label for nuclear power proposed by the EU Commission. The Federal Government has declared to the French Council Presidency that it intends to veto the corresponding supplementary legal act. This was announced by the Ministry of Finance at the request of the German Press Agency on Saturday night. If the EU states or the European Parliament objected, the legal act could be prevented from entering into force, according to the Ministry of Finance. France currently holds the rotating presidency of the EU states in Brussels.

MEP Rasmus Andresen was pleased to hear the news from Berlin. “The German no is a slap in the face for the EU Commission. The pressure on Ursula von der Leyen to end this wrong path is increasing,” said the spokesman for the Green delegation. The Greens are now also calling on other member states to object to the Commission’s proposal. In July, the EU Parliament is to vote on its position on the proposal.

The Commission of the European Union had A resolution was presented in early February, which classifies nuclear energy and natural gas as sustainable and climate-friendly under certain conditions. The decision is part of the so-called taxonomy, i.e. a uniform procedure for classifying technologies as climate-friendly or not. The so-called taxonomy is a classification system for sustainable investments.

The classification of certain investments as sustainable is intended to attract investors in order to advance the energy transition. So far, renewable energies, among others, have been classified as climate-friendly in the taxonomy. The purpose of the new classification system is to encourage more investment in “green” economies.

The EU wants to be completely climate neutral by 2050. According to estimates by Brussels, this requires investments of 350 billion euros.

The draft resolution from Brussels classified investments in new gas-fired power plants as environmentally friendly by 2030 – provided that they replace old coal-fired power plants and can only be operated with more climate-friendly resources such as hydrogen by 2035.

Nuclear power plants should even be considered climate-friendly up to 2045, provided that measures for the final disposal of radioactive waste are presented by 2050.

More on the subject – Swedish Energy Minister for the construction of new nuclear power plants: “Must secure electricity production”