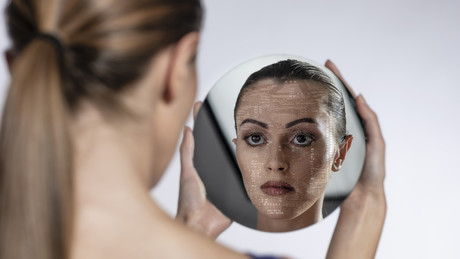 Advances in technology seem to bring the dream of eternal life ever closer. Tech billionaires in particular, such as US investor Peter Thiel, are already proclaiming the end of dying. But is this really a dream – or is it more of a nightmare?

For the hope of “eternal life” people have always been willing to do something. According to various religions, good works and daily prayer should guarantee life after death. However, this is about the heavenly and not about the earthly life, which inevitably ends with death. A circumstance that the tech elite in particular no longer wants to accept. “To become like God” was the seductive promise of the serpent in paradise in the Bible, which is having an increasing influence on modern society. Millions are already pouring into research to conquer death. But do we really want to live forever?

Transhumanism is a lifespan extension movement. The advocates of such research see a great opportunity for mankind, especially in technological progress. They know no limits, everything is possible. Artificial intelligence, robots, elixirs for rejuvenation and cryonics, the freezing of people, are supposed to improve physical abilities and even abolish the laws of nature.

Among the big tech billionaires, the German-born US technology investor Peter Thiel is particularly obsessed with the idea of ​​putting an end to the death that threatens each of us. “I decided to fight him and outwit him,” the billionaire said in 2016. In order to be able to put his plan into action, he works with the US company, among others, until it is closed by the US authorities Ambrosia, who was conducting research into the controversial “vampire therapy” in the United States.

Here, the blood of a younger person is injected into the veins of older people in the hope of rejuvenating the patient’s organism. Interested parties could book such a “rejuvenation cure” with the company for 8,000 US dollars per “young blood transfusion”. However, the American drug regulatory authority FDA put a stop to this in 2019, because the agency believes that the therapy has resorted to “unproven approaches”.

The US company Altos Labs relies primarily on technologies for biological reprogramming. In particular, Amazon founder Jeff Bezos invested in this company. In biological reprogramming, cells are rejuvenated in the laboratory. Scientists believe this technique could expand to revitalize entire animal bodies and ultimately extend human life as well. The first experiments were even successful: The scientists actually registered signs of rejuvenation in the rodents used for the experiments.

SpaceX boss Elon Musk is also investing in potentially life-extending technologies. The Neuralink company, which is researching the possibilities of an interface between the human brain and a computer, is working on one of them. In the long term, the company aims to combine human and artificial intelligence to eliminate human deficits.

If all this is still too uncertain, Alcor can freeze you. The tax-exempt US organization hopes to be able to revive frozen corpses in the next fifty to a hundred years. What is illegal in Germany and most people find creepy is meanwhile quite common practice in the USA.

Cryonics is the name of the procedure that relies on the possibility of being able to revive clinically dead people in the future thanks to advances in technology. “Someone who was pronounced dead decades ago might still have a chance today,” says Alcor’s website.

But do we really want what will apparently soon be technically possible? A life of overpopulation on earth, from which the immortal human being can only escape with suicide as a result of transhumanism. Finally, it remains to be said that we do not have to want everything we can. Perhaps we are not allowed to do that either, because history shows very clearly, for example with the example of the atomic bomb: not everything that is possible is also good.