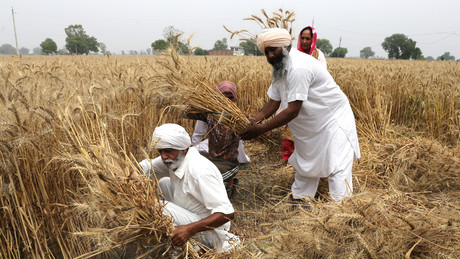 Facing a looming global grain shortage, India, the world’s second largest wheat producer, has imposed an immediate halt to wheat exports. This is justified with the safeguarding of food safety in the South Asian country.

India’s Prime Minister Narendra Modi and other representatives of the Indian government recently announced that they would help and export significantly more wheat in the face of an impending shortage of wheat on the world market in the wake of the Ukraine war and Western sanctions against Russia. Ukraine and Russia are both major wheat exporters. Most recently, there were delivery bottlenecks and price increases due to the war.

But then the current extreme heat in India intervened. This reduces the wheat harvest by almost six percent, according to the Department of Food & Public Distribution. Several economists also warned of a possible domestic wheat crisis.

India produces the second most wheat after China – around 100 million tons per year. So far, India has hardly exported any of it. The second most populous country with more than 1.3 billion people needs a lot of wheat itself. The government buys in large quantities in order to supply the poor population in the country, among other things. Until now, farmers have had little incentive to sell to exporters because the government paid them a subsidized price that was higher than the world market price.