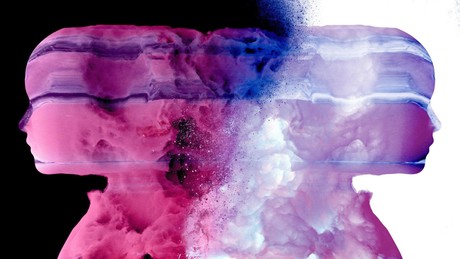 According to Chinese experts, the Ukraine conflict reflects the expansionist crisis of a divided West. The West can only accept the same – everything that is different it either tries to assimilate or sees as an enemy that needs to be eliminated.

An analysis by Wang Yiwei and Liao Huang

At first glance, the escalating conflict in Ukraine might appear from the outside as the result of a confrontation between Moscow and Kyiv – but on closer analysis it reflects a “crisis in the expansion of Western civilization”. About it to write in a joint article for the Global Times, the two Chinese experts Wang Yiwei (Deputy Director of Xi Jinping’s Academy of Ideas on Socialism at Renmin University) and Liao Huang (PhD student at the Institute of International Affairs at Renmin University).

In her opinion, the current aggravation of the crisis is due to the “inherent duality of Western civilization”. The problem is that the West can only accept the existence of its similarity – and everything that is different it either tries to assimilate or sees as an enemy that needs to be eliminated, the authors explain.

They suggest that the reason why Russia is most often portrayed as a rival in the West could be due to its traditional orthodoxy as well as its former communist ideology, multinational entity and vast geographic area. “All of this makes the West feel that Russia cannot be assimilated. As a result, the West thinks it can only perceive Russia as an enemy.”

The absurdity of Western civilization’s dual approach is that its “standard of homogeneity” is quite changeable, with the need to search for “enemies” constantly inherent in it – which ultimately leads to conflict, the experts say. The North Atlantic Alliance was originally founded as a military organization to fight the Soviet Union, but also with the aim of preventing American advances into Europe and holding down the Germans.

However, even after the collapse of the Soviet Union, NATO continued to accept more states, although the original raison d’être of this military alliance has disappeared, as the Chinese experts emphasize. Russia sees such a policy as a “provocation” and has become an enemy of the US and the West in general because of NATO’s incessant eastward expansion.

At the same time, since the collapse of the USSR, the country has implemented a series of democratic reforms and made efforts to improve its image on the world stage in order to prevent NATO from openly treating it as an enemy. However, without a concrete “imaginary enemy” it is difficult to maintain unity within NATO and external influence – which is why the escalating conflict over Ukraine is undoubtedly playing into the hands of the NATO leadership, according to the authors.

They recall that the logical “starting point” of all Western theory of international relations lies in the historic Thirty Years’ War, when in the period from 1618 to 1648 several military conflicts took place between various Protestant and Catholic countries and the principle of state sovereignty in Europe emerged – the Westphalian system. However, this system is evaluated differently from the perspective of the history of international relations and world history.

In the theory of international relations, the Westphalian Treaty is traditionally viewed positively, without even mentioning its Christian influences. This is because the theory of international relations became a product of the spread of Christian civilization: “For a time the West faced little or no religious opponent and was faced only with the transfer of power within the Christian world.”

However, after the end of the Cold War, the American scholar Samuel Huntington put forward the theory of the clash of civilizations, in which he sees the renaissance of Confucian and Islamic civilizations as a threat to Western Christian civilization. “It’s entirely possible that Western civilization, because of its constant need for enemies, will spark one conflict after another in the future,” the experts warn.

Specifically, it is the United States, with its traditions of “Protestant fundamentalism and white supremacy,” with the logic of capital’s indiscriminate expansion and the worship of technology, that constantly fosters new divisions and deepens crises by promoting the “democracy against autocracy” – instead of trying to reform their system and adapt to the previously unforeseen changes on the world stage, the authors write.

But a culture that thrives on creating external enemies and only develops by fighting them will inevitably perish in the end, Chinese experts warn. They argue that this is evident from the many wars the US has instigated or participated in, including the current conflict over Ukraine.

More on the subject – Chinese expert: ‘Ukraine war is Moscow’s response to endless US strategic expansion’