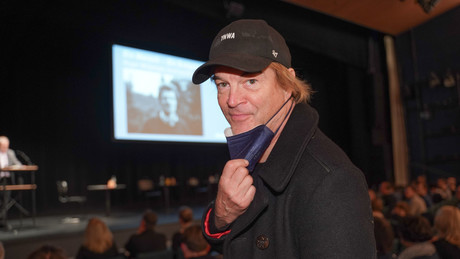 Die Toten Hosen “became clearer and clearer about political statements when we thought it was time,” says their frontman Campino. Because of the Ukraine war, for example, he would no longer – unlike in 1983 – refuse to do military service.

In view of the Ukraine war, rock singer Campino from Die Toten Hosen currently has a feeling “as if the world is collapsing on us” – and is therefore putting old principles to the test – such as the question of serving with weapons. He told the dpa on Saturday:

“Personally, I refused military service in 1983. I probably wouldn’t do that today, under these circumstances, if I got my draft now. […] We are just learning impressively why an identity as Europeans is so important and why we have to be a community of values.”

The musician whose real name is Andreas Frege, who positions himself politically “left” and as a voter with the “Greens”, continues to emphasize:

“Unfortunately, that also has something to do with rearmament. We can’t afford to be completely defenseless against despots, like Putin who lives out old fantasies of power. You can only stop a man like that if he also respects the opposite side.”

At the same time, this is “a dramatic tragedy, because we could damn well use all this money that we will spend on armaments in the future for our social system, daycare centers, schools, public infrastructure and, last but not least, the fight against climate change”. The singer admitted to being at a loss because of the world situation, but also emphasized: “We can all allow ourselves to be unsure, even the smartest people can’t give us a recipe for how to proceed at the moment.”

His mission as a musician is clear: “Despite the tense social situation, it is important that we humans maintain mental health and find moments of happiness.” Campino’s punk rock group – one of the most successful in Germany – wants to celebrate its 40th anniversary from the end of May with a new record and a tour.

More on the subject – How life goes: How a performance by “Toten Hosen” from 2001 still worries Cubans today