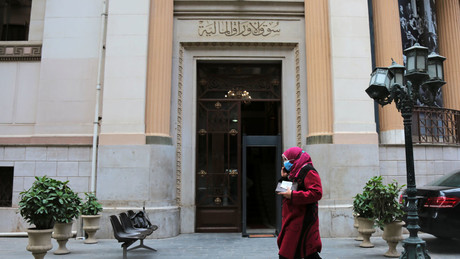 Despite a brief sigh of relief after the COVID-19 pandemic, the Egyptian government is experiencing economic problems due to the crisis in Ukraine. The reason is, among other things, the significantly increased grain and oil prices.

Egypt’s economy has suffered losses of up to 130 billion Egyptian pounds ($7 billion) in the wake of the Ukraine crisis. This was announced by Egyptian Prime Minister Moustafa Madbouly, according to the TASS news agency. Accordingly, he explained on Sunday:

“The aftermath of the war has placed an enormous financial burden on us and we have invested £130 billion to meet the rising prices of strategic goods.”

He noted that the indirect consequences of the events in Ukraine are estimated at more than $18 billion.

According to Madbouly, the current conflict between Russia and Ukraine has skyrocketed the prices of essential products and poses enormous challenges to the Egyptian economy. He explained:

“We used to import 42 percent of grain, while 31 percent of tourists came from Russia and Ukraine, and now we have to look for alternative markets.”

The prime minister also pointed out that Egypt had managed to restore tourism after the COVID-19 pandemic and “reached $5.8 billion in fiscal profitability before the Russian-Ukrainian crisis.”

Madbouly added that the country has seen an unprecedented surge in Suez Canal revenues despite the pandemic-related crisis and global trade turmoil.

In January and March, the unemployment rate in Egypt fell to 7.2 percent from 7.4 percent in the previous quarter, the state statistics agency CAPMAS said on Sunday.

The agency also reported that Egypt’s annual inflation rate rose to 14.9 percent in April, up significantly from the previous month (12.1 percent).

In March, the Egyptian central bank raised interest rates for the first time since 2017. This was attributed to inflationary pressures from the pandemic and the conflict between Russia and Ukraine, which pushed oil prices to record highs.