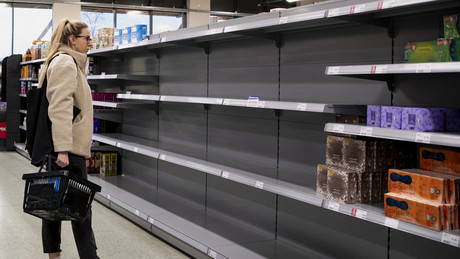 The German retail chains are preparing for further crises as a result of the Ukraine war. In particular, a possible stop in the supply of Russian gas could become problematic. Now uniform emergency products are to be produced in order to be able to continue to produce sufficient goods even under difficult production conditions.

In view of the impending gas embargo against Russia, private label manufacturers are apparently currently preparing to reduce their product range. Like the food newspaper reportedin the event of a gas supply stop, only uniform products should be delivered to the dealers.

Should there be a gas shortage, logistical problems or increasing inflation, this essentially means that there would only be one type of product, such as detergent or toothpaste – albeit sometimes in different packaging.

According to the report, another measure by the industry will be the reduction of ingredients. Accordingly, components such as sunflower oil, which is currently difficult to obtain, are to be deleted or replaced by other ingredients. Furthermore, a cross-dealer range of B-brands is being planned, which would require less packaging material.

The emergency plans caused criticism from individual retail customers and manufacturers. In principle, this only makes sense for products with complex recipes and manufacturers with numerous different customers, various managers complained to the Lebensmittel Zeitung. In addition, it has already been shown how unpredictable the availability of raw materials is, which is why a high degree of flexibility is required rather than a standard product for all traders, explained one of them.

Only one manager, who was not named in the report, named the threatening scenario in clear words:

“I wouldn’t call that a planned economy, but a war economy.”