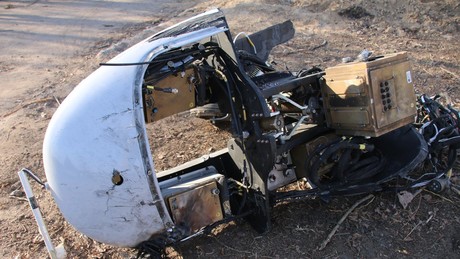 On Wednesday, Russian Deputy Prime Minister Yuri Borissov announced the production of weapons based on new physical principles. They can bring drones down from several kilometers in a few seconds and blind satellite systems.

“In addition to the conventional, well-known weapons […] Weapon systems are coming out today based on new physical principles, broadband electromagnetic weapons that will be replaced in the next decade”

“Our physicists have developed laser systems that are many times more powerful, allowing the combustion of different targets, and they are already building them practically ready for series production.”

The new laser weapon has a range of five kilometers and can shoot down drones at this altitude. The system was therefore tested on Tuesday and is said to have burned a drone within a few seconds. Now it is slowly being introduced into the armed forces. “The first prototypes are already being used,” said Borisov, emphasizing:

“In particular, yesterday it was demonstrated that at a distance of five kilometers within seven seconds an unmanned vehicle was burned”

The Russian laser weapon Pereswet, which is already being delivered, is therefore able to blind enemy satellite and reconnaissance systems and thus put them out of action. “It is already being delivered to the troops as standard and can blind all satellite reconnaissance systems of a probable enemy at an altitude of up to 1,500 kilometers and disable them with laser radiation when flying over them,” continued the Deputy Prime Minister.

has been tried peresvet as a mobile anti-aircraft laser system since 2018. As Borisov emphasized, Russian scientists have now “developed laser systems that are an order of magnitude more powerful” and are practically mass-producing them.

Especially with reference to the war between Armenia and Azerbaijan, supporters of combat drones in this country also spoke of their indispensability in warfare in the 21st century. So far, Russia has shot down drones used by the Ukrainian military almost every day, primarily with rockets. Lasers are also likely to reduce costs.