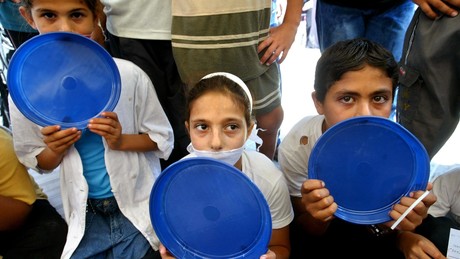 Kremlin spokesman Peskov commented on UN fears that export restrictions on Russian potash fertilizers could lead to a global famine. He stressed that it was the West that imposed these sanctions and that it should lift them.

Russia did not impose restrictions on the supply of fertilizers, such barriers should be lifted by the Western countries that imposed them. This was explained to reporters by Russian Presidential Spokesman Dmitry Peskov. Responding to reports on UN Secretary-General António Guterres’ proposal to ease restrictions on potash exports from Russia in exchange for grain transit from Ukrainian ports, Peskov said:

He added that Russia is interested in exports but that Western measures are preventing it. The Kremlin spokesman stressed:

“Our suppliers are keen to maintain their international trade links, but unfortunately sanctions have been imposed that are boomeranging around the world. It is these restrictions that prevent us from moving forward.”

Asked about the possibility of using Ukrainian ports for grain deliveries, Peskov replied that these were heavily mined and the waters were now extremely dangerous for shipping. He explained:

“Mine clearance is now required there, a very complex operation. So far, the danger for shipping and for navigation in general in these areas is very, very high.”

At the same time, Peskov admitted that Russian President Vladimir Putin and the UN Secretary-General discussed the issue of fertilizer supplies at a meeting on April 26. The Kremlin spokesman explained:

“This was indeed raised at the recent meeting between President Putin and Secretary-General Guterres in Moscow. He pointed out that the direct and indirect restrictive measures imposed on Russian fertilizer suppliers pose major risks to world food security. “

Earlier in May, Guterres said fertilizers and products from Russia, Belarus and Ukraine would be brought back to world markets to ensure food security despite hostilities. On May 16, The Wall Street Journal quoted diplomatic sources as saying that the UN Secretary-General had proposed relaxing export restrictions on Russian and Belarusian potash fertilizers in return for the passage of ships carrying grain from Ukrainian ports.

The UN fears that rising grain prices and food shortages could destabilize poor countries dependent on Ukrainian grain and lead to conflict. According to the Wall Street Journal, Guterres is currently in talks with Russia, Turkey and other countries. Ankara has already announced its willingness to take part in clearing the Black Sea and securing shipping.

After the start of the Russian military operation in Ukraine, wheat prices rose to a record high. Bloomberg attributed the rise in prices to fears that military action in Ukraine could cause grain shortages in the market. The fighting shut down more than a quarter of world wheat exports, according to the news agency.

In April, the Russian Defense Ministry suspended the passage of foreign warships and other ships in three Black Sea areas for six months, from April 24 to October 31. These are an elongated water area along the Crimean coast, a rectangular area off the coast of the Kerch Peninsula, and a small sea area near the western tip of Crimea.

According to the United Nations Food and Agriculture Organization (FAO), Russia is the world’s largest exporter of wheat, while Ukraine ranks fifth. Together they make up 19 percent of the world barley supply, 14 percent of the wheat supply and four percent of the corn supply. Nearly 50 countries depend on food supplies from Russia and Ukraine for at least 30 percent of their wheat import needs.

On April 9, the EU restricted imports of Russian fertilizers. The quota for potassium chloride is 83,757,000 tons and for other potassium fertilizers is 1.57 million tons. The EU also restricted the import of potash fertilizers from Belarus.

In contrast, the US, which imposed sanctions on Russia, had already removed fertilizers, medical equipment and drugs from the sanctions list on February 24. On March 24, the US Treasury Department’s regulatory agency (OFAC) issued a new general license that classifies fertilizers, food, water and vitamins, among other things, as essential agricultural commodities that are not subject to sanctions. The US permitted the export, import and re-export of these products.