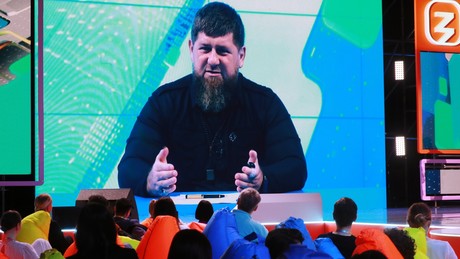 According to Ramzan Kadyrov, head of Russia’s Chechen Republic, mistakes were made at the start of the military operation in Ukraine, but now military action is proceeding according to plan. The tasks set by President Putin would be fulfilled one hundred percent.

Ramzan Kadyrov, head of the Russian republic of Chechnya, has spoken at the Russian educational marathon Novye Gorisonty (English: New Horizons) organized with the participation of the society Snaniye (English: Knowledge). During his speech he answered a number of questions, including those related to the war in Ukraine.

According to Kadyrov, at the beginning of military operations certain mistakes were made and shortcomings were admitted. The head of the Chechen Republic said:

“The situation is calm, we’re going according to the plan because the President gave us the order and we’re doing it 100 percent. In the beginning there were mistakes, there were some shortcomings, but now we’re 100 percent on the right track and we will rid Ukraine of these satans.”

He also stressed that in Ukraine Russia was not fighting against the Ukrainians, but against NATO. Kadyrov based this view on the fact that NATO countries equip and arm the Ukrainian army. He also responded to the question of whether mobilization was likely in Russia. The Chechen leader said:

“I am often asked this question, whether it is true that there will be a mobilization. My answer is that nobody should declare the mobilization – we should all mobilize and unite, stand around our President and ensure the security of our state. That is what patriotism is.”

In early May, CNN, citing U.S. and other Western government officials, reported that Putin could officially declare war on Ukraine on “Victory Day,” which would allow “full mobilization of Russian reserves.” Russian President Dmitry Peskov’s spokesman called such reports “nonsense.”

On February 24, Russia launched a special military operation in Ukraine, the goals of which President Putin described as “denazification” and “demilitarization” of the country. At the same time, Dmitry Peskov said that the timing of the operation would depend on “effectiveness and consistency” and would be determined by the commander-in-chief, the president. In April, Vladimir Putin said the military operation in Ukraine could have progressed faster, but that depended on the intensity of hostilities. The Russian head of state said:

More on the subject – Chechens at Russia’s side: What drives “Putin’s foot soldiers” in the Ukraine war?