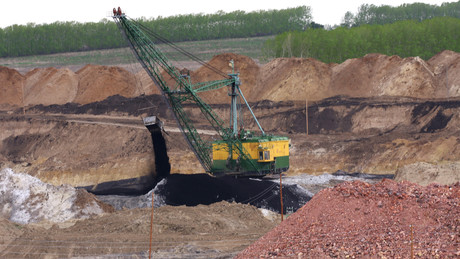 The European Commission has said that the EU will have to increase coal consumption for some time due to the refusal of Russian energy supplies, according to the Financial Times. She admits that this is not in line with the green agenda, but Brussels has no other choice.

The European Commission has approved the increased use of coal in the EU, which is looking to replace Russian energy sources. This reported the Financial Times. According to the newspaper, the EU Commission said that coal consumption will increase by five percent in the next five to 10 years.

On May 18, the EU Commission presented the REPowerEU plan for an early phase-out of Russia’s energy resources, including gas. European Commission chief Ursula von der Leyen explained that the plan will be based on three principles: saving energy, accelerating the transition to renewable energy sources and diversifying supply.

However, the strategy also reveals that the EU plans to “massively” increase its use of solar and wind energy and – for a short time – coal, according to The Guardian newspaper. The Russian gas phase-out means that coal-fired power plants “could be used longer than originally planned,” the newspaper quoted an excerpt from the document as saying.

The Financial Times pointed out that the likely increase in coal use is not in line with the EU’s green agenda, despite the Commission’s insistence that it will meet its target of cutting emissions by at least 55 percent by 2030. When asked if it was compatible with the EU’s policy of decarbonising the economy, Commissioner Frans Timmermans, responsible for the plan, said the EU had no choice.

On April 18, the Financial Times, citing European officials, reported that the EU plans to increase the number of carbon emission allowances sold to minimize the impact on the economy of forgoing Russian energy resources. According to the newspaper, it is about raising 20 billion euros.

The commission’s plan to move away from Russian energy is set to run until 2027. Brussels estimates the cost of implementation at 210 billion euros.

More on the subject – Energy shortages – the West’s new strategy to keep the South chained?