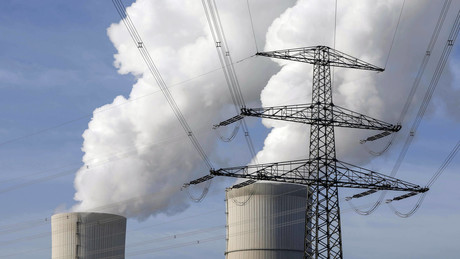 The Greens are increasingly overturning their climate goals for transatlantic interests: Now German coal-fired power plants are to be reactivated by 2024 – so that one becomes independent of Russian gas. Either way, it will be more expensive for the consumer.

The Federal Ministry of Economics wants according to the Handelsblatt react to bottlenecks in the gas supply with the possible shutdown of gas-fired power plants as a result of the anti-Russian sanctions. On Tuesday, the ministry of Minister Robert Habeck (Greens) presented a corresponding law.

The new set of rules is designed for the case of an “imminent gas shortage”. This includes a so-called state “authorization to issue ordinances” that can intervene in the private sector and with which the use of gas-fired power plants is punished for a period of up to six months with a so-called “penalty”.

The result of this penalty payment is that “gas-fired power plants are usually no longer economical and are therefore no longer operated,” according to the “traffic light” coalition. How high this should be was still unclear on Tuesday.

This approach is intended to conserve gas supplies. This is due to the fear that Russia could limit or stop supplying natural gas.

The back-up consists of lignite-fired power plants that are kept as a “last resort” in case electricity production is not sufficient to cover consumption. However, according to current law, the power plants are only available for four years at a time. The first of a total of eight lignite-fired power plant blocks on the security stand-by went online in October 2016 for four years and has thus already been removed from the security stand-by.

Currently, lignite-fired power plants with a capacity of 1.9 gigawatts (GW) would be available on security standby. The last two of the eight blocks – Neurath from RWE and Jänschwalde from LEAG – went on standby on October 1, 2019 and would therefore go offline on October 1, 2023 as planned. With the end of the security stand-by, the power plants are to be brought into a new “supply reserve”. This is to be limited to March 31, 2024. In addition, hard coal-fired power plants, which should have been shut down by October 31, 2022 or in 2023 according to the coal phase-out law, are kept on standby. According to government circles, it will only be assumed from spring 2024 that the gas supply situation will have normalized – by then, liquid gas terminals with expensive LNG from the USA or Qatar are also to be built on the North Sea coast.

More on the subject – Inflation is rising, poverty is increasing – Germany can’t get out of the “corona crisis”.