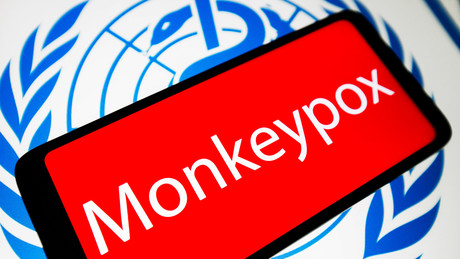 Suspicions about the recent international infection process are raised early on. Before the G7 simulation game Leopard Pox, the Munich Security Conference in 2021 coincidentally dealt with the topic of monkeypox. The assumed date for the outbreak was May 15, 2022.

The Munich Security Conference (MSC) informed on their website for the event in 2021:

“Due to the Covid-19 pandemic, a normal Munich Security Conference could not be held in 2021.”

The security conference, which traditionally takes place in Munich in February of each year, has been the world’s leading one since 1963 Forum for foreign and security policy. Through social media has now famousthat in the purely digital event in 2021, a theoretical plan scenario was also played through.

The introductory text on the website states that, in addition to the “renewal of transatlantic relations” in March 2021, the thematic focus was also on “the security policy challenges that are decisive in this context”. As it now turns out, it was not only about political and military challenges, but also about health policy events.

In November of the previous year, the rehearsed scenario was online brochure summarized and published by the Nuclear Threat Initiative (NIT) under the following title:

“Strengthening global systems to prevent and respond to large-scale biological threats. Results of the 2021 Tabletop Exercise, in collaboration and partnership with the Munich Security Conference”

The theoretical problem of the present for the participants of the MSC (page four in the brochure) is:

“The world has seen how global travel, trade, urbanization, and environmental degradation can fuel the emergence and spread of infectious disease threats. The serious risks embedded in life science research and technological advances, the important ways to combat these risks offer are still less well known.”

The fictional scenario is described as follows (page six of the brochure):

“The exercise scenario depicted a deadly, global pandemic in which an unusual strain of the monkeypox virus emerged in the fictional nation of Brinia and spread worldwide within 18 months.

Ultimately, the exercise scenario showed that the first outbreak was caused by a terrorist attack using a pathogen produced in a laboratory with inadequate biosecurity and oversight.”

Under the item “Summary of the draft scenario” the irritated reader will find a reference to the beginning of the “biological threat”. The date of the monkeypox outbreak was May 15, 2022.

The Microsoft founder had been warning of pathogens long before the corona pandemic. Now he has again recommended that governments invest more in research. Otherwise, new types of attacks are also possible in the future.”

At the time, Gates expressed concern about possible future scenarios. in one interviewalso from November 2021, speculated he:

“What if a bioterrorist brought smallpox to ten airports? Do you know how the world would react to that?”

WHO – largest combined funder to the WHO, Bill Gates explains they need an extra £1 billion a year for his task force to protect the world from the next one… the ‘Pox’ timing is everything.We see you. We’re all following the money.#monkeypoxpic.twitter.com/9Q52vsnz4W

The Berlin-based Robert Koch Institute informed in his Epidemiological Bulletin 20/2022 on May 19, 2022:

“At the beginning of May 2022, a case of monkeypox was diagnosed in the United Kingdom (UK), which had occurred after a trip to Nigeria … On 05/18/2022, monkeypox infections were also confirmed in five men in Portugal. There and also in Spain, more are currently being diagnosed A man who recently traveled to Canada has been diagnosed with monkeypox in the United States.”

In the meantime, several monkeypox infections have been reported in Germany, Austria and Switzerland, Furthermore in Spain, Portugal, Belgium, France, Italy as well as in North America, Latin America and Australia.

Regarding the origin of the first sources of infection, it is said that the first German monkeypox affected person was a 26-year-old Brazilian, “who traveled from Portugal via Spain to Germany entered and has been in “Munich” for about a week, where he is also being treated. Belgian authorities trace the cases of monkeypox in the country to a big fetish festival in Antwerp, like the one Focus reported.

The business journalist Norbert Häring analyzed in an article about the brochure of the NIT the following parallels of past events:

“The list of participating organizations and individuals partially overlaps with that of event 201.

There were again Dr. George Gao, director-general of the Chinese Center for Disease Control and Prevention (China CDC) and Dr. Chris Elias of the Bill & Melinda Gates Foundation.

Also present were representatives from Johnson & Johnson and Merck, the US government and the WHO, as well as Wolfgang Ischinger from the Munich Security Conference.”

On May 20-21, 2022, the G7 health ministers, meeting at the WHO Hub for Pandemic and Epidemic Intelligence in Berlin, adopted a “Global Pact for Pandemic Preparedness” following a fictitious exercise of a global smallpox outbreak caused by a leopard bite. herring summed up the findings with the exaggerated statement:

“The public-private partnership of pharmaceutical companies, wealthy foundations, governments and WHO is on the right track to ensure that future outbreaks occur as soon as there are signs of a possible pandemic, and not when there are already many cases or deaths , the only helpful, rigid measures lockdowns, contact tracing, distance requirements, quarantine and mask requirements will be adopted.”

According to the NIT brochure, the theoretical fight against the worldwide monkeypox virus will last at least until the end of December 2023.

The Federal Government and the Federal Ministry of Health are now examining the need of “monkey pox vaccinations” of risk groups and contact persons, according to the editorial network Germany (RND). “A smallpox vaccination probably also protects against monkeypox,” is the assessment of the ministry. Germany therefore has “more than 100 million cans in stock”.

WHO expert Rosamund Lewis said in Geneva on Tuesday that the World Health Organization (WHO) had received “more than 250 cases of monkeypox from 16 countries”. However, this number of confirmed infections and suspected cases only affects countries “in which the viral disease had not previously occurred regularly,” said Lewis, according to the German Press Agency.

According to the RND, the German Ministry of Health is currently speaking of a total of “four confirmed cases in Germany, one in Munich, three in Berlin”.

More on the subject – Belgium: Authorities impose quarantine obligation for monkeypox for the first time