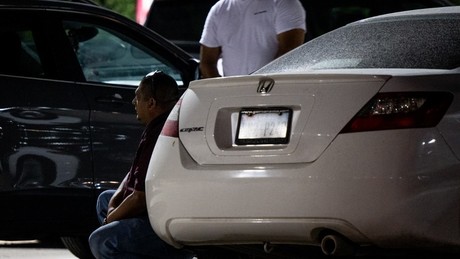 It is an act that is hard to believe: an 18-year-old storms into a Texas elementary school and causes a bloodbath. Well over a dozen school children die. US President Biden addresses the people of the country. The call for stricter gun laws is getting louder again.

An 18-year-old man opened fire at an elementary school in Texas, killing at least 19 schoolchildren. It is one of the deadliest school massacres in US history. According to investigators, the shooter entered the primary school in the small town of Uvalde on Tuesday afternoon and shot himself. At least two adults were also killed in the incident. According to initial findings, the shooter was killed by security forces. It was unclear if he was counted among the adult fatalities. US President Joe Biden addressed the nation after the massacre and called for stricter gun laws.

The Uvalde police initially gave no information on the death toll. Erick Estrada from the Texas Department of Public Safety spoke to CNN about the numbers. He also described the events leading up to the massacre. The suspect initially shot his grandmother, Estrada said. The incident happened in the grandmother’s apartment – she was taken to a hospital. Nothing was initially known about her condition.

Finally, the shooter drove to school in a car and caused an accident there, Estrada said. He then got out of the car and entered the school wearing a protective vest, a backpack and a gun. There he opened fire. The 18-year-old was then asked by the school’s security staff. However, Estrada emphasized that the investigation was still ongoing and that this information was still preliminary.

Biden immediately ordered flags to be lowered to half-mast on all public buildings in the United States up to and including Saturday in view of the devastating attack. In the evening he had just returned from a multi-day trip to Asia. Accompanied by his wife Jill, he gave a speech at the White House shortly after landing. “As a nation, we have to ask ourselves when in God’s name are we going to stand up to the gun lobby,” he said. The idea that an 18-year-old boy could walk into a gun store and buy two assault rifles is just wrong.

Biden keeps pointing the finger at Congress when it comes to stricter gun laws. Many Republicans reject stricter regulations – the gun lobby is very powerful in the USA. Biden’s Democrats lack the necessary votes in the US Senate for far-reaching changes in the law. Shooting sprees, including in schools, occur with sad regularity in the United States.

A massacre at an elementary school ten years ago caused particular shock: in December 2012, a 20-year-old shot at the Sandy Hook elementary school. At that time, 20 school children and six teachers were killed. And just over a week ago, a gunman with an assault rifle opened fire in a supermarket in Buffalo, New York, killing ten people and injuring three others. He was arrested at the scene of the crime. According to investigators, the act was racially motivated – 11 of the 13 victims were black.

Little was initially known about the background to the crime in Uvalde. The investigators kept a low profile. According to media reports, the shooter bought the weapon used in the crime about a week ago, shortly after his 18th birthday. The shooter’s behavior has recently changed, the Washington Post quoted a childhood friend of the shooter as saying. He lived with his mother and sometimes with his grandmother and has recently been behaving aggressively.