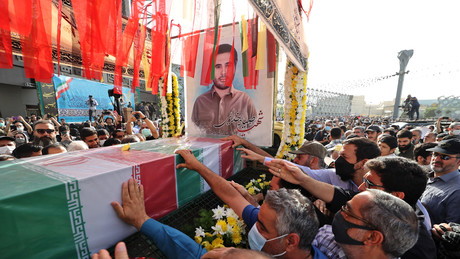 Israel has increased its alertness in the face of Iranian threats in response to the assassination of Iranian officer Sayyad Khodai. Now the country advised its citizens against traveling to Turkey. Attacks are particularly possible in countries neighboring Iran.

Tensions between Iran and Israel are rising again after the recent escalation surrounding the murdered Iranian Colonel Sajjad Chodai in Tehran. Israel has now discouraged its citizens from traveling to Turkey as the country raises its alert to Iranian threats in response to the Iranian officer’s killing.

On May 22, two motorcyclists attacked Chodai on the open road, killing him with five shots. The attack was reminiscent of attacks on Iranian nuclear scientists in recent years, which were also committed from motorcycles by Mossad agents, which is why Iran blamed Israel for the attack. Tehran has already vowed revenge for the officer’s murder.

Israel’s security apparatus has prepared for a number of possible scenarios, according to Haaretz newspaper. One possibility is that Iran could try to harm Israeli officials working abroad, such as ambassadors, security personnel or well-known businessmen. The National Security Council revised its travel warning for Israeli citizens in Turkey on Monday. A second possibility is that Iran could attempt to mount a military response on Israeli territory. Tel Aviv considered a scenario in which Iran could operate against Israel through its proxies in Lebanon, Syria or Jordan. Israeli Prime Minister Naftali Bennett recently warned Iran against attacks on his country by his proxies in the region.

Meanwhile, Israel is working with other Gulf states, some of whom are signatories to the Abraham Accords, to expand Israeli intelligence capabilities should the Iranian threat become serious. The security establishment has worked over the past year to strengthen security coordination with other countries in the region to give Israel “a better picture of the Iranian threats,” Haaretz said.

the New York Times reported last week that Israel was behind the assassination of a senior member of the Iranian Revolutionary Guard. The attack is said to have been aimed at warning Tehran of the alleged continuation of the covert operation against Israeli citizens. An unnamed intelligence official told the New York Times that Israeli officials had leaked information to the US about Colonel Khodai’s assassination.

More on the subject – While negotiations on nuclear deal are moving: Israel simulates attack on Iran