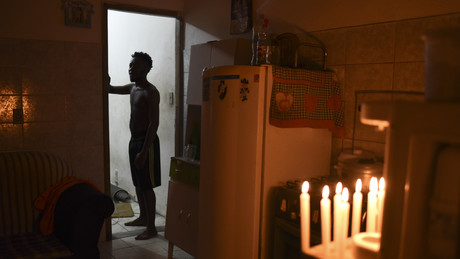 Up to six million British households could be affected by power cuts this winter if Russian gas supplies to Europe are cut off. This was reported by The Times, citing the government.

Power outages could affect up to six million UK homes in December if the crisis in Europe’s energy market deepens. This was reported by The Times, specifying that UK Cabinet members had been warned that the worst-case scenario would be to ration electricity during peak periods for the entire three winter months.

According to the newspaper, such a situation could arise if the conflict in Ukraine continues and Europe faces acute gas shortages. The worst-case scenario considered by the British authorities is to see a complete halt to Russian gas supplies to the EU.

As a UK government official explained to The Times, one of the implications of this is that forecasts for UK GDP growth in the coming years are set to fall due to soaring energy costs. Literally it said:

“As a responsible government, we rightly prepare plans for every unlikely extreme scenario.”

Britain is well prepared for supply disruptions, it said. In contrast to the EU countries, the country fully exploits its gas reserves in the North Sea, the Norwegian gas production platforms are directly connected to the British gas transport system. In addition, the UK has the second largest infrastructure for receiving LNG in Europe, while Germany has none at all, the government member said. Regarding the EU countries, it said verbatim:

“Given the EU’s historical dependence on gas supplies from Putin, this winter could be a very difficult one for the continent.”

The United Kingdom gets only about 4 percent of its gas consumption from the Russian Federation and 40 to 50 percent of its own needs from North Sea fields. However, the kingdom’s market depends on supplies from Norway and Qatar, and the kingdom also receives gas via marine pipelines connecting it to Belgium and the Netherlands. The Times pointed out that these two countries could halt supplies to the UK if they themselves face an energy crisis. London is particularly concerned that supplies from Norway, which accounted for 42 percent of the kingdom’s total gas consumption last year, could fall by half amid rising EU gas demand, the news agency said.

According to The Times, the deficit will result in the shutdown of Britain’s gas-fired power stations, which currently supply up to a third of the UK’s total electricity needs. Industrial companies that use gas would also be forced to close. Households would have to put up with power outages in the mornings and evenings on weekdays and, in the worst case, also on weekends.

In response, UK Secretary for Business, Energy and Industrial Strategy Kwasi Kwarteng asked the owners of the country’s last three coal-fired power stations, which were due to close in September, to temporarily continue operations. Britain’s Hinkley Point B nuclear power plant, which started operating in 1976 and was due to shut down this summer, could also have its operating life extended by a year and a half. The government is also in talks with Centrica to reopen the gas storage facilities that were shut down in the summer of 2017 as the kingdom is now facing a shortage of gas storage capacity. According to The Times, Centrica could receive £1 billion in subsidies for this purpose.

More on the subject – Strategically fatal: With an oil embargo against Russia, the EU is destroying its own energy security