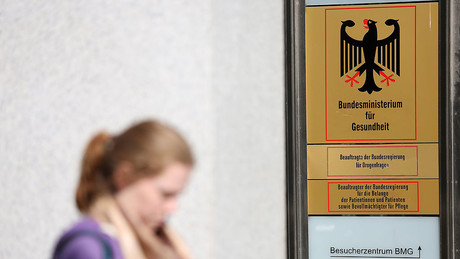 The FDP member of the Bundestag Wolfgang Kubicki wanted to know from the Federal Ministry of Health whether “a separate, representative study of the SARS-CoV-2 seroprevalence in the general population” will take place in the near future. The ministry is “not clear” about the need and importance of such an investigation.

A current answer to the Bundestag question from the FDP member of the Bundestag Wolfgang Kubicki to the Federal Ministry of Health (BMG), headed by Karl Lauterbach (SPD), reveals the Federal Government’s continuing unwillingness to collect valid figures in order to carry out any corrections to measures in the corona crisis. Kubicki’s question was:

“Is the federal government planning its own representative study on SARS-CoV-2 seroprevalence in the general population before autumn, without resorting to existing regional or older studies, and if not, why not?”

As seroprevalence designated the frequency of specific antibodies in the blood serum, which indicate an existing or past infectious disease. In its reply to Kubicki, the BMG points out that “regarding the need to carry out further large-scale (…) studies before the autumn”, it should be noted that “several ongoing or (…) completed studies” have already been carried out. would exist. The Springer newspaper Welt published the full original letter via its Twitter account:

However, the mention of existing studies does not refer to usable figures from Germany, but to results from abroad. In Great Britain, for example, a corresponding representative blood test was launched and has been giving those responsible in politics, such as citizens, usable certainty since April of this year. The world added about this process in an article:

“99 percent of the British population have antibodies in their blood, either from a vaccination or an infection. So it’s clear: it’s done. The Brits are through, they have their lives back.”

Already in the December 2020 the Charité virologist Christian Drosten points out:

“In England there is systematic scientific cooperation between the public health service and academic science, by which I don’t mean the health department or, in a figurative sense, the RKI, i.e. the official side, but universities, academic research, that has been systematic in England for several years . We don’t do that in Germany. We absolutely have to get there.”

Instead of aligning follow-up strategies for upcoming corona measures with reliable figures, the responsible BMG under Lauterbach continues to work purely speculatively. For example, about the process of immense vaccine pre-orders of existing and planned active ingredients. Lauterbach shared this on June 2nd at a event his apparent ignorance with:

“We hear about vaccines, adapted vaccines, how strong are these vaccines? So will they be able to replace or supplement the existing vaccines? (…) Where are we actually headed? Do we really have it under control already?”

The BMG’s reply reveals the irritating lack of interest on the part of politicians in meaningful and therefore helpful data and figures. This is what the answer says:

The virologist and epidemiologist Klaus Stöhr, who recently became a new member of the Federal Government’s Advisory Council, commented according to the Welt article on the evaluation of the effects and the effectiveness of the politically prescribed corona measures in Germany that the BMG is apparently planning to focus “in the autumn, no matter which risk group to offer a vaccine of choice”. On May 27, Stöhr answered the need for a seroepidemiological study, contrary to the latest assessment by the BMG:

“Yes, there will be an immunity study: either financed by the public sector (e.g. the Federal Ministry of Science and Research) or by my group. That will be decided next week, after Pentecost at the latest.”

Yes, there will be an immunity study: either financed by the public sector (e.g. BmWF) or by my group. That will be decided next week, after Pentecost at the latest. https://t.co/82E5nrup8F

The Welt article was able to note that Stöhr had “a study based on the British model” in mind and had “even collected money for it”. The planned study is “essential to identify gaps in immunity, for example “in the really vulnerable in the older age groups”. Only corresponding study results could justify “a targeted, resource-saving vaccination campaign”. Precise figures are good for reducing the “anxiety burden” of those concerned, according to the Welt article that Stöhr quoted.

In the article, the Charité immunologist Andreas Radbruch formulated even more forcefully possible reasons for the BMG not wanting to carry out immunity studies:

“Why is the Federal Ministry of Health against establishing immunity in Germany? Because that may be the end of the vaccination gap narrative.”

Why is the BMG, according to the answer to a parliamentary question, against determining the serum prevalence in Germany? Then it would become clear how many citizens are actually vaccinated (anti-S) or infected (anti-S and -N). In the UK 99%, and here? End of the “vaccination gap” narrative?

The situation of a supposedly serious vaccination gap in Germany was one of Lauterbach’s main arguments in the context of the discussion of mandatory vaccination:

According to the Welt article, Radbruch is currently of the opinion that Germany is not in danger of overburdening the health system in autumn. “He considers the fourth vaccination in autumn, which Health Minister Lauterbach requested rather than recommended, to be questionable at this early stage,” Radbruch said, according to Die Welt. The BMG’s reply ends with the statement that “the significance of representative studies (…) in the general population at a late point in time in the course of the pandemic is only of limited significance”.