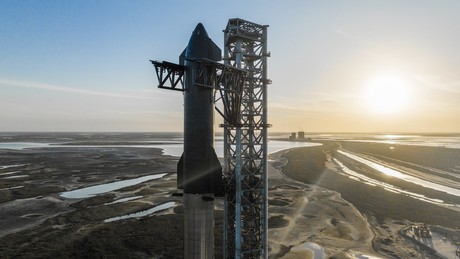 The US space agency NASA has initially rejected SpaceX’s plans to launch its giant spaceship Starship from the Kennedy Space Center at Cape Canaveral in the US state of Florida. There, an explosion on launch could cut off the United States from independent access to the International Space Station.

Actually, nothing should stand in the way of Elon Musk’s early commercial use of his giant spaceship Starship. The final approvals, including the important clearance for a few first launches from the Starship at the purpose-built SpaceX South Texas Launch Site, are near Boca Chica Village, were granted to the space company SpaceX a few weeks ago by the US Federal Aviation Administration. Later, according to the plans of the Tesla boss, the huge rocket should start regularly from the US spaceport Cape Canaveral in Florida. But NASA has serious concerns there. The US space agency fears that an incident during one of the Starship launches, which can never be ruled out with certainty, could cut off the United States from its own access to the International Space Station ISS.

As the US news agency Reuters reports, citing a senior official at the space agency, NASA is demanding a guarantee from the SpaceX company in the face of previously failed tests that the SpaceX plan to launch the Starship rocket from Florida is by no means close to the rest NASA infrastructure at risk. Because this represents the only connection of the USA to the International Space Station ISS. “We all know that an incident like one of the early SpaceX flights for the Launch Complex LC39A (which is the launch pad from which the US rockets to the ISS launch) would be quite devastating,” explained Kathryn “Kathy” LuedersNASA’s director of human spaceflight, told Reuters.

Contributing to NASA’s key concerns is the novel high-explosive fuel combination of liquid oxygen and methane that is expected to launch the Starship into orbit. “The problem is that the explosive potential of this combination is not well known,” said Randy RepcheckDeputy Chief of the FAA’s Office of Commercial Space Transportation, which is responsible for launch pad safety.

That’s why SpaceX has already drawn up various proposals for the US space agency to address NASA’s concerns, the Reuters report said. The company is therefore currently looking for ways to “harden” the LC39A launch site, i.e. to make the launch pad more resilient, both to an explosive Starship accident and to the immense forces that are released during a successful Starship launch.

However, both the hardening of launch pad 39A and the manned launch from pad 40 require NASA approval. “SpaceX is working with us on these things,” said Lueders. “Because it is also in their interest that their source of income is not interrupted.”

The almost 120 meter high combination of Starship with Booster Super Heavy is the largest and most powerful rocket in history to date. After commissioning, the spacecraft will offer space for around 100 astronauts or at least 100 tons of cargo. As part of the Artemis program, the Starship is scheduled to bring astronauts to the moon again from 2024. With the Starship, Elon Musk is also planning the later colonization of Mars.