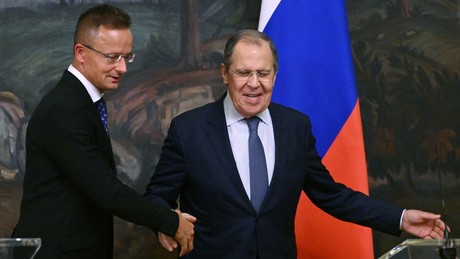 During talks in Moscow, the Hungarian authorities said they intend to buy additional gas from Russia. There has been an energy emergency in Hungary since mid-July: the authorities fear that there will not be enough gas for the winter.

Representatives of Hungary have expressed interest in additional Russian gas supplies this year. This was stated by Russian Foreign Minister Sergei Lavrov after talks with his Hungarian counterpart Péter Szijjártó. The Russian minister assured:

“The application will be reported and reviewed immediately.”

In his view, practical cooperation between Moscow and Budapest is being hampered by the flagrantly Russophobic policy of the US and an unbridled tightening of sanctions by the EU. Lavrov said:

“We are not interested in these things hindering our cooperation. We will seek and find solutions that make our cooperation in all areas independent of such whims and attempts at punishment, so to speak.”

Ahead of the talks, Szijjártó said one of the main goals of the talks is to discuss how to make Hungary’s energy supply more secure in the coming months. He explained:

“I would like to speak to you today and agree to increase the already existing gas supplies from Russia to Hungary.”

On July 13, Hungary declared an energy emergency due to rising energy prices. The Head of the Hungarian Prime Minister’s Office, Gergely Gulyás, stated:

“The gas in Europe will probably not be enough for the autumn/winter heating period. With immediate measures we can ensure that the country has enough energy in winter as well.”

In June, Budapest urged Brussels not to impose further sanctions on Russia, saying the EU would be the losing side in this war over economic issues.