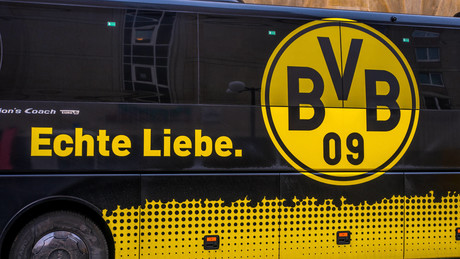 Was the pressure too great? Borussia Dortmund’s bus driver Christian Schulz is a member of the Corona protest party “dieBasis”. The club has distanced itself from the political commitment of the 52-year-old. He now promises to no longer actively participate in the party.

Christian Schulz has been driving the Borussia Dortmund professional team around the country since 2011. According to a report by Ruhr Nachrichten counts he was one of the co-founders of the Dortmund city association of “dieBasis”.

The party first appeared in 2020 and was formed due to dissatisfaction with the corona measures in force at the time. Schulz was elected to the board of directors at the founding meeting of the Dortmund branch on February 6, 2021 and is “until today deputy chairman of the city association”.

Borussia Dortmund apparently followed the political interests of its cult bus driver closely – and reacted. The 52-year-old was “clearly informed a few months ago that the positions of the party, for which he was involved in the past, are not compatible with the positions of Borussia Dortmund”. However, it was not announced which “positions” are specifically incompatible.

“Mr. Schulz then informed us that he was no longer politically active in the party in question, that he was resigning from office and would no longer be available to stand as a candidate in the next election.”

Schulz revealed to the regional newspaper that he is now “letting go” of his position as deputy chairman of the city association. He emphasized that this was his “free decision”. “Nobody, actually nobody at Borussia Dortmund advised me to do so,” added Schulz, who by his own admission will no longer be running for a post at “dieBasis” in the future.

At the request of the Ruhr Nachrichten, the North Rhine-Westphalian Office for the Protection of the Constitution gave the following assessment of the “dieBasis” party: This would depict the “heterogeneous corona protest milieu” and was “a reservoir for corona deniers, opponents of vaccination, right-wing populists, supporters of conspiracy myths and ‘concerned ‘citizens'”.

“They just repeat what the government says and don’t even look to see if that’s true.”

It remains unclear whether passive membership is also a problem for the association.

More on the subject – Energy crisis: Almost every second German wants to demonstrate – Ministry of the Interior is “prepared”