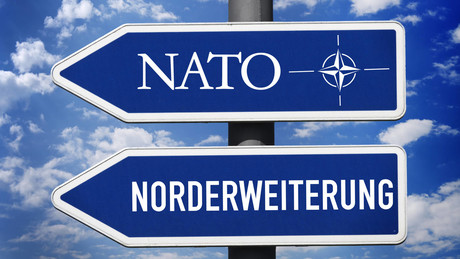 Can one be in favor of Finland and Sweden joining NATO and a Russian sphere of influence in eastern Ukraine at the same time? One can. And from a geo-cultural point of view, you should.

Political discussions often suffer from the fact that a Manichaean world view prevails. “Either for or against us” and “good and evil” are irreconcilably opposed. Especially in times of war, published opinion tends toward propaganda and bellicose disparagement of others.

Therefore, at the beginning of this article, a trigger warning, as has recently become common practice at US universities: You could be shaken in your political opinions and views. Some will find the argument too pro-American and “NATO loyal” and others will find it too pro-Russian. In other words, it is a differentiated approach. As the American political scientist and theologian Reinhold Niebuhr knew, the world does not consist of the righteous and sinners, but of sinners fighting one another.

Samuel Huntington’s influential work predicted the clash of civilizations as early as the mid-1990s. He combined geopolitics with geoculture, a division of geopolitical zones of influence corresponding to civilizational boundaries:

Erich Vad, Merkel’s longtime security adviser (2006-2013), in his doctoral thesis published in 1996, comes to the same conclusion as Huntington with his geo-cultural map:

“A general security zone between Vancouver and Vladivostok seems (…) utopian because it contradicts the principle of a greater area (…). Such a greater area appears to be uncontrollable spatial expansion and because of the numerous conflicts and potential conflicts of the more than 50 states of different ethnic, cultural and In contrast, there is much to suggest that the eastward dividing line of Europe will run along the eastern borders of Finland, Estonia, Latvia, Lithuania, Poland, Slovakia and Hungary and further along the southern borders of Hungary and Croatia (…). The dividing line is the Russian metropolitan area with the republics of the former Soviet Union as a political, cultural, economic and historically different unit.

Thus there is an overlap of geopolitical and military zones of influence with cultural zones of influence, which increases stability. Viewed in this light, NATO’s northward expansion to include Finland and Sweden could also contribute to stabilization if the Russian side is simultaneously told to refrain from interventions in their sphere of influence and to prepare for a split in Ukraine along the Dnieper (Western Ukraine vs. Russian-influenced eastern Ukraine), which of course should take place on the basis of internationally monitored referendums. No NATO or Russian military bases should be set up, no permanent NATO or Russian troops and no missiles should be stationed in Finland and Sweden, as well as in eastern Ukraine, so as not to endanger stability. Finland already has all of that promised.

After all, Finland and Sweden can be assigned to Western culture just as clearly as Eastern Ukraine to Russian. According to the last census in Ukraine in 2001, more than 20 percent ethnic Russians live in these areas, depending on the region, and the Russian language dominates. Western Ukraine, on the other hand, was part of Austria-Hungary or Poland for a long time, as anyone who sat in a good old Lemberg KuK coffee house in peaceful times knows. The Greek-Catholic character since the Union of Brest in 1596 has done its part to integrate Western Ukraine closely into the West.

Is that now the recognition of the Russian war of aggression, which is contrary to international law and which the author of these lines condemns? No, this is simply an acknowledgment of geo-cultural and geo-political reality.

dr Anton Friesen is a research associate in the German Bundestag and a former member of the Bundestag (Foreign Affairs Committee and Committee on Human Rights and Humanitarian Aid).

More on the subject – Russia as the main enemy? Why NATO can’t afford it