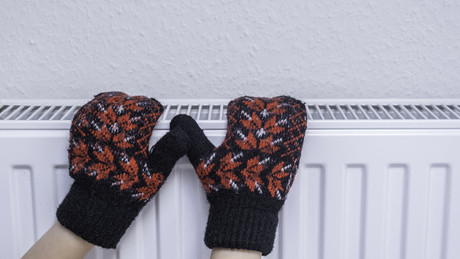 Recipients of unemployment benefit II who voluntarily reduce their heating in the coming autumn and winter months could have their saved heating costs paid out retrospectively next year. However, those whose energy costs are covered by the job center lack “incentives to save”.

For recipients of unemployment benefit II, colloquially also known as Hartz IV recipients, the heating costs are usually fully covered by the job center, with the responsible office being based on the nationwide one heating mirror.

The deputy parliamentary group leader Lukas Köhler (FDP) now shared his personal view of the supposedly existing problems in this social group with the editorial network Germany (RND). The RND quoted the politician with his assessment:

“For many people, the significantly higher prices are the most important incentive to save gas. However, those who receive unemployment benefit II do not have this incentive, since the costs are usually fully covered by the job center.”

Therefore, the politician suggests that in the coming heating season “the ALG-II recipients will be financially involved in the saved heating costs,” said Köhler to the RND. More details of his idea are in the RND article:

“Anyone who uses less gas than in previous years would then be paid a large part of the heating costs saved as a result. Economical heating would not only have a noticeable effect on gas consumption, but also directly on the account of the ALG II recipients.”

Köhler, who is responsible for both energy policy and social affairs as parliamentary group leader, sees his proposal as a “financial injection without additional costs for taxpayers”. The politician verbatim:

“On the contrary, because the state would ultimately benefit if part of the money saved stayed in its coffers.”

According to the coalition agreement, the traffic light coalition wants to convert Hartz IV payments into a so-called citizen’s allowance on January 1, 2023. The amount of the upcoming standard rate, as well as the future calculation methods between the FDP and SPD are still being finalized. The FDP continues to reject a planned change. Jens Teutrine, chairman of the young group of the FDP parliamentary group, is from the RND with the words quoted:

“A change in the calculation method of the rule sets is unnecessary from the FDP’s point of view – and could cause incalculable costs.”

The FDP, on the other hand, wants to ensure that “Hartz IV recipients who work are allowed to keep more of the money they earn,” according to the RND article. In order to counter the problems caused by inflation, the FDP also sees one-off payments as a suitable means.

The most recent statement by the SPD politician Sawsan Chebli on the subject of the dynamic discussions about fears and concerns in society regarding imminent heating costs and general price increases in the country is currently being discussed controversially in the social media. So Chebli let know in a Twitter post:

“Something’s brewing out there. I’m very worried about this country and about what’s to come in the near future. The spokesmen of the right and the loud among them are currently igniting very strongly – and they are doing it that way long until it burns.”

Something’s brewing out there. I am very worried about this country and about what is to come in the near future. The spokesmen of the right and the loud ones among them are currently igniting very strongly – and they do it until it burns.

Meanwhile, according to the RND, the joint overall association showed itself upset about the planned surcharge for natural gas and instead called for an excess profit tax for crisis winners. “It is unacceptable that crisis winners are now also released from any purchasing risk,” said the general manager of the welfare association, Ulrich Schneider.

Instead, Schneider demanded one Excess tax for companies, “who have generated and continue to generate extraordinarily high income through war and crises”. The revenue from such a tax should be used to “support low-income households in this expensive autumn and winter”.

According to the German Press Agency, the FDP currently rejects an excess profit tax, among other things “because it cannot be applied precisely”.