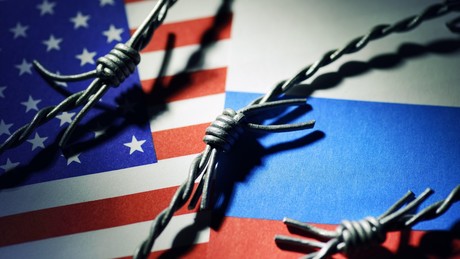 An escalation in the Ukraine crisis could lead to a larger and more dangerous conflict. Are Moscow and Washington ready to take a risk and is there a non-nuclear way out of the impasse?

An analysis by Dmitri Trenin

The risk of the conflict in Ukraine spiraling out of control is not just a pervasive concern, it is a real possibility. The authors of the recent memorandum by RAND Corporation, entitled “Ways of Russian Escalation Against NATO From War in Ukraine,” warns US policymakers to be cautious in their statements and moves.

This applies in particular to communication about military threats, deployment patterns, weapon capabilities and the like, so that the threats do not provoke the Russian leadership into preemptive or retaliatory strikes – including the use of non-strategic nuclear weapons or the expansion of the war into NATO territory. This is absolutely in line with the overall American approach to maximally weakening Russia on the battlefield in Ukraine, while avoiding being drawn directly into a war against Moscow.

From Moscow’s perspective, Washington is clearly escalating its involvement in the conflict, constantly testing the limits of Russian tolerance of its moves. It initially began with the delivery of Javelin-type anti-tank systems to Kyiv. Deliveries have since been supplemented by M777 howitzers and HIMARS systems, and it is now going so far as to provide Ukraine with US-made military aircraft and train its pilots to use them.

In addition to new Western sanctions packages, Russia is also facing pressures on its geopolitically vulnerable outposts, whether it’s the transit of goods to and from its Kaliningrad exclave or the status of its armed forces in Transnistria, a small area between Ukraine and Moldova. In the latter two cases, observers see attempts by America’s junior allies in Eastern Europe to open a second front against Russia.

So far, Russia’s actions and inactions may sometimes seem surprising, even puzzling, to Western observers. Moscow has renounced many things: attacks on transport links to Poland, cyber attacks on Ukrainian critical infrastructure – not to mention that of the USA – and even the destruction of bridges over the Dnieper.

As for the move that causes the greatest concern – Russia’s possible use of tactical nuclear weapons – such a scenario is irrelevant in a situation where hostilities are taking place on Ukrainian territory, Russian forces are advancing slowly but steadily and pose a “threat to the existence of of the Russian Federation” – the doctrinal condition for such an operation – does not exist.

Moscow’s failure to respond promptly to serious Ukrainian actions, such as the constant shelling of central Donetsk, missile attacks on Russian villages and towns near their shared border, or even the loss of the missile cruiser Moskva, the flagship of the Black Sea Fleet, which Ukraine was carrying substantial sunk with US support indicates the Kremlin’s unwillingness to allow itself to be provoked by the enemy.

President Vladimir Putin probably prefers his revenge to be served cold and at the time of his election. It is safe to say that nothing from this conflict will be forgotten by either side, but at least so far the Russians have not allowed themselves to be distracted from their current core task, which is to defeat enemy forces in the Donbass and gain control of the east and south of the to take over Ukraine.

So far, the aid provided to Kyiv by the US and its allies – whether military, financial or diplomatic – has not had a decisive impact on the battlefield. It certainly props up Zelensky’s government and compensates for the massive losses in military equipment suffered by the Ukrainian armed forces, thereby helping to slow down the Russian advance. But the tide could not be turned in Kyiv’s favour. One can conclude that, for now, the Kremlin sees no need to do things that would break the Biden administration’s resistance to agreeing to a more rapid escalation of US involvement in the conflict. Recent remarks by Jake Sullivan, Joe Biden’s National Security Advisor, during a speech at the Aspen Strategy Group, explaining the White House’s reluctance to ship ATACMS-type tactical missile systems to Kyiv, suggest that this approach has a certain has value.

However, looking ahead, one should expect increasing US escalation in any possible scenario as the fighting in Ukraine develops further. Regardless of whether Russia continues to gain ground and integrate new territories into the Russian Federation, or Ukraine launches a counter-offensive, which has not been the case so far. Russian officials have expressed concern over a possible Ukrainian provocation, which will subsequently be presented as a Moscow-ordered use of chemical weapons. This would make no military or other sense, but would certainly be reported by the US media as a major and egregious act by the Russians, which could result in Washington abruptly escalating a notch.

However, things can get even more serious if the US or its NATO allies invade Ukraine or otherwise intervene directly in the conflict. Or when the material aid given to Kyiv begins to make a big difference on the battlefield, or when those weapons are used to shell significant targets on Russian territory, such as the Crimean Bridge.

In parallel, there are concerns on the American side that Russia could attack bases and weapons caches on NATO territory or launch significant counterattacks against the United States or its allies using weapons of mass destruction. I’ve already touched on the last point, but the two previous points could be a reaction to an unfavorable turn of events in the war zone.

Neither Russia nor the US can afford to lose the conflict currently raging in Ukraine. However, the difference between the situations Washington and Moscow face is enormous. For the American leadership, failure in Ukraine would be a strategic setback that would be politically costly both domestically and internationally. For the Russian leadership, the outcome of their special military operation is an existential matter. In an asymmetric conflict like this, this amounts to an escalation advantage, if not dominance. It is crucial for the two countries and the rest of the world that this fight does not cross the nuclear threshold.

Dmitri Trenin is a member of the Council on Foreign and Defense Policy of Russia and was director of the Carnegie Institute in Moscow.

More on the subject – New York Times Speculation: Will the US Drop Zelensky?